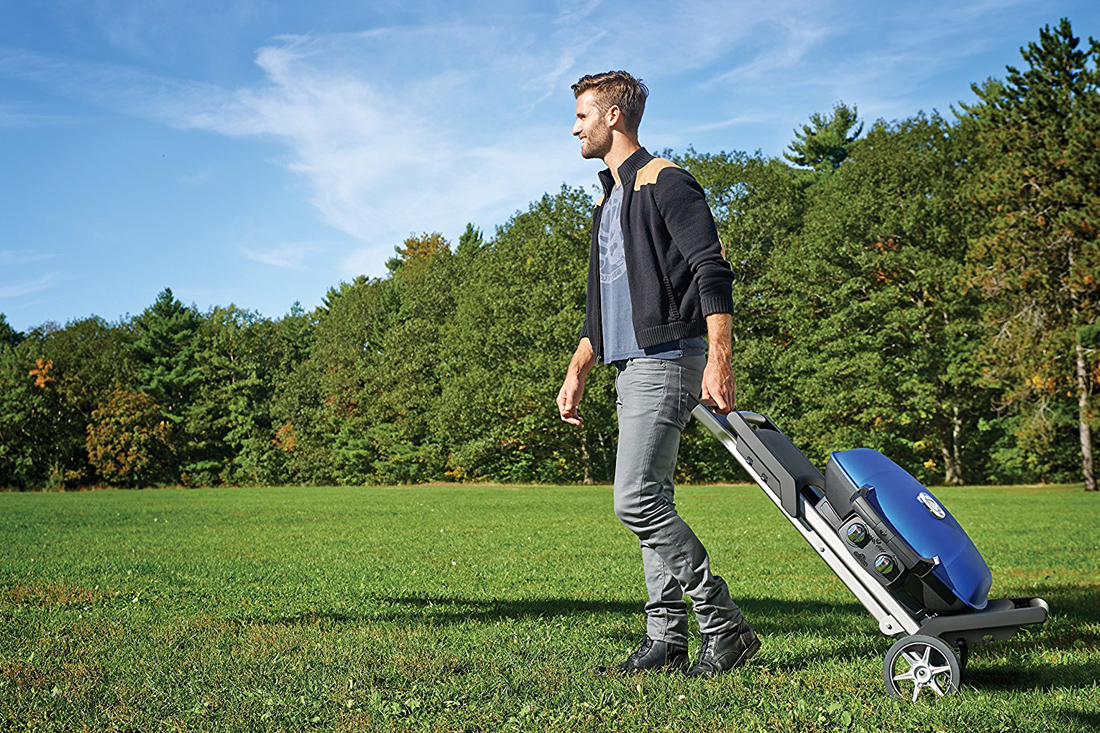 Gourmet Grilling on the Go with Napoleon Portable Gas Grill

If you’re big into camping, tailgating, or happen to live somewhere with limited outdoor space then you know the value of having a grill that can be easily transported. Unfortunately, while portable grills are far from a new concept, if you were hoping to find one with the same features as your favorite fixed one, you’re probably out of luck. That is with the exception of Napoleon Grills’ new TravelQ PRO285X Professional Portable Gas Grill.

At first glance the PRO285X looks pretty similar to the portable grills we’re all familiar with, but looks can be deceiving. While you can most definitely still cook up some hotdogs and hamburgers with this guy, it was built with bigger things in mind. The lid, made of cast aluminum, has a high-topped design to allow for plenty of cooking area for those gourmet grillers wanting to take on something as large as a whole turkey. And thanks to the ACCU-PROBE temperature gauge, you can be sure your fare will be cooked to perfection. It also seems that the creators at Napoleon kept speed in mind too. With a setup time of less than 10 seconds and a JETFIRE Ignition System that lights on the first attempt, you definitely won’t be wasting any time getting the grill ready. When you’re all finished (and the grill is cool, don’t be reckless), simply fold it back up and roll it away, or hang it on your wall for storage.

The Napoleon TravelQ PRO285X Professional Portable Gas Grill retails for about $399 and can be found on Amazon.com.