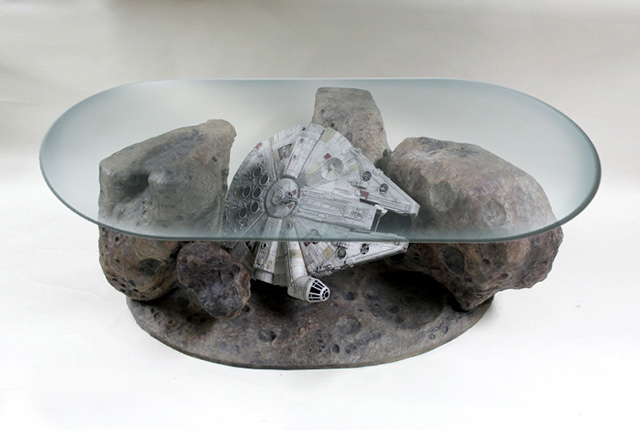 Tom Spina Designs made one lucky Star Wars fan’s dreams come true. He asked them to create a custom themed coffee table based on Han Solo’s Millennium Falcon for his home theater, and they delivered.

One of TSD’s artists, Richard Riley, took a licensed Hasbro Millennium Falcon toy and a Tie Fighter model kit and recreated the famous chase scene through astroids from The Empire Strikes Back. The results are amazing. Each astroid was hand sculpted by Riley to give it the look of the original film props. He even added some movie style paint to the Millennium Falcon and Tie Fighter.