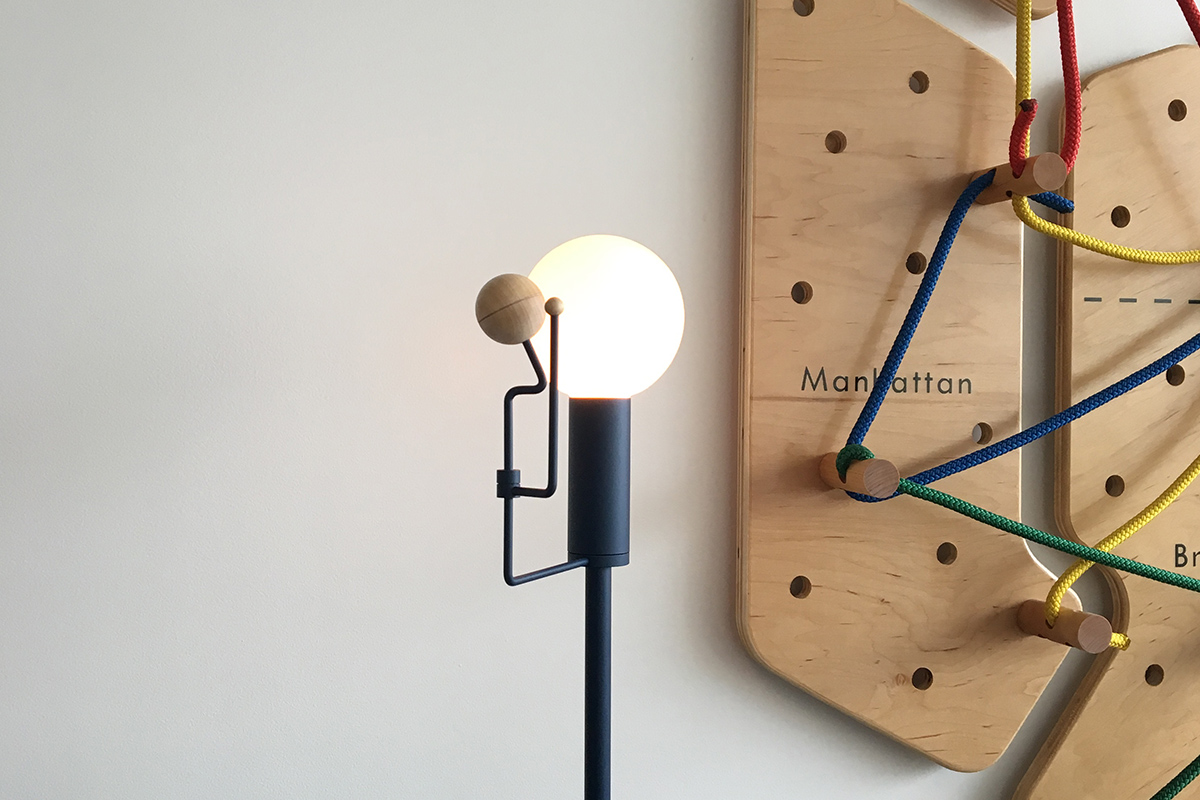 The Orrery Lamp Is Perfect for the Curious Minimalist

Now, before you go feeling sorry for me, know that it was because I was on a two-week river cruise in Europe. But more on that later. Despite my (valid?) excuse I’m still pretty bummed that I didn’t get to see it, so I’ve been quelling my regret by scouring the internet for all things eclipse. That said, when I came across this cool little Orrery Lamp by designer Bobby Genalo, I was pretty excited. An orrery is a mechanical apparatus that represents the positions, phases, and relationships of celestial bodies. While this minimalist lamp is an abstract embodiment and won’t necessarily cast an eclipse in your living room, you can adjust it to show the basic positions of our sun, earth, and moon when it happened. In fact, with the help of their site, you can use it to represent their positions at any time now or in the near future.

“We wanted to create something that celebrated the choreography between the Earth, Moon, and Sun so as to not only light up someone’s desk, baby changing station, or living room, but also to juxtapose our struggles as nations, religions, and economies with the simple fact that we’re all, to quote Carl Sagan, ‘on a mote of dust suspended in a sunbeam.’” (from their Kickstarter page)

The Orrery Lamp is being made in both table and floor lamp options in either brass and walnut or midnight blue finishes. Check out their site or Kickstarter page (pledges end 9/20) to learn more.