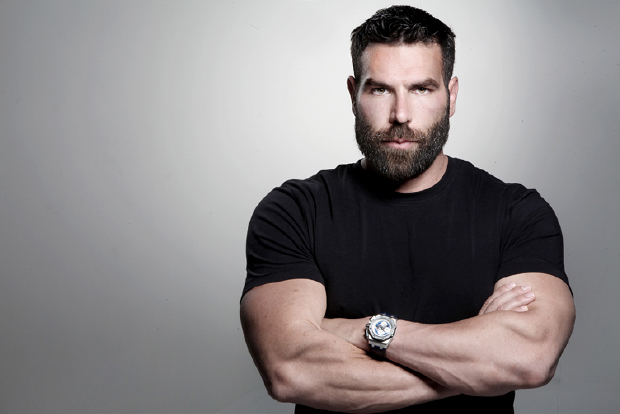 Is Dan Bilzerian Set to Retire His Crown as the Instagram King?

Poker player, actor, venture capatalist and self-described ‘asshole’ Dan Bilzerian has taken social networking site Instagram by storm. Thanks to the images of his extravagant lifestyle, featuring cash, drugs, guns and plenty of girls, Bilzerian has earned himself over 300,000 followes on the site.

“I’m like a big kid,” he admits. “But it’s not like I called myself the Instagram King. I put up what people want to see and that just happened.”

With a personal worth of $100 million, Bilzerian lives a hedonistic, unpredictable lifestyle in his extravagant Las Vegas home. Even his pet goat Zeus, who was given to him as a surprise gift from a friend who won $5.2 million in the World Series of Poker, is living in the lap of luxury, sleeping on $700 blankets in Bilzerian’s Hollywood Hills home. Reflecting on his boisterous lifestyle, Bilzerian admits: “Basically I didn’t get a ton of attention as a kid. I guess that’s why I’m such a flashy lunatic.”

Money and drama has always seemed to go hand in hand in his life. His father Paul took over Singer and the Hammermill Paper Company to amass a personal worth of $40 million by the age of 36. However, in 1988 he was indicted on charges of tax and security fraud when Dan was at the tender age of eight years old.

“Tampa was a small town and he was front page news every single day,” he recalled. “All the kids in school taunted me, ‘Your dad’s going to jail,’ and I believed my parents when they said no it wouldn’t happen.

“Then one day I was driving into school with him, which is weird because my mom always took us. And he was like, ‘yeah, I’m going to jail’. That was kind of a shitty time.”

Bilzerian went on to drop out of four high schools in three years, ended up in jail for having a machine gun just weeks before graduating from Naval Academy and quit his SEAL training three weeks before graduation “for no real reason other than pissing off an officer.”

Eventually Bilzerian found himself studying Business and Crimonology at The University of Florida, where his passion for high-risk gambling was sparked. After just four years on the course, he swapped his textbooks for a lifestyle fuelled by reckless gambling. But after years of rock and roll living, a cocktail of cocaine, Viagra and sex resulted in two back to back heart attacks, and a sobering realisation. Now Bilzerian is making new plans. In addition to financing and starring in several feature films, he has made a number of charitable donations including $100,000 to Typhoon Haiyan victims. He is now looking to a future with a family and children in the next five years.

However, that crown may be tough to give up.

“Ninety nine percent of people don’t understand,” he said. “People cannot understand what it’s like to win over $10 million in one day or to lose $5 million in one night. Just knowing that you have lost a really nice house or won ten Bugatis… when you put it in those terms it’s really hard to stomach the losses.

“It’s hard to keep grounded. I know I’m not. I know I need to reset at some point.”