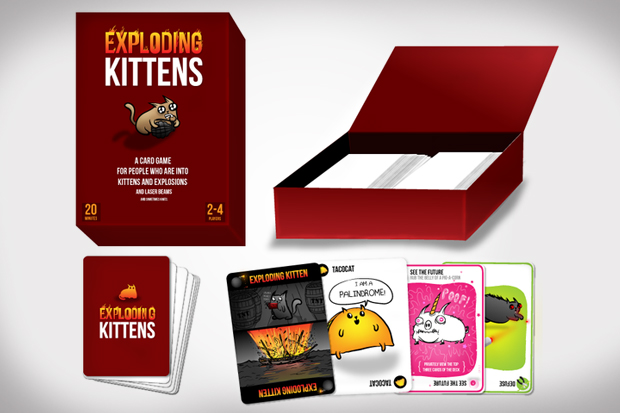 Exploding Kittens ($20+) is exploding all over Kickstarter with the amount of success its having. In the first 20-minutes of going live the game reached its 100% funded goal of $10,000, and in less than an hour, 1000% funded. What is it you ask? A strategy card game from Matthew Inman (The Oatmeal), Shane Small (Marvel and Xbox) and Elan Lee. (Xbox). You draw cards until you find a kitten, which ends up in instant kitty death unless you’re packing the right cards.

Confused? This might help. In true Oatmeal fashion Matthew Inman lays out the game in illustration form. See below: