The Kevin Harvick Busch Car Got a Millennial Makeover

Here’s the only NASCAR news you need to know this week. Kevin Harvick made a bet with his fellow NASCAR drivers that he would take home the checkered flag at the end of the 2018 race season. Both Harvick and his flagship sponsor, Busch were so confident that he would succeed that they risked covering the #4 car with a “millennial-inspired” paint scheme in 2019 if he didn’t win at Homestead on November 8th. I think we can guess where this is going. 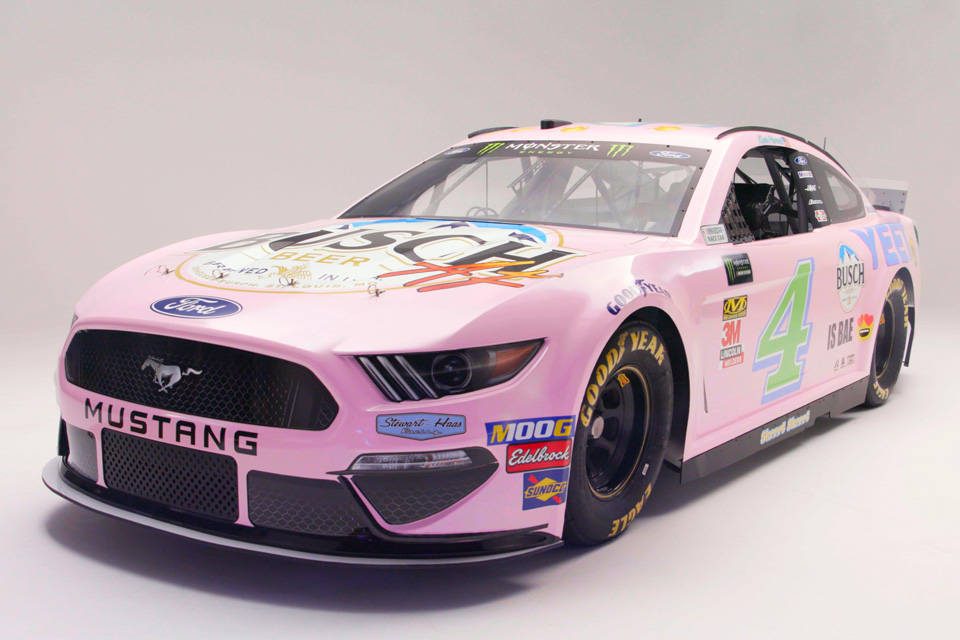 As you can see from the above image, Kevin Harvick and Busch lost their bet. The #4 car got an entirely new look, featuring an array of slang and emojis famously used by the Millennial generation. Each design was decided on by Busch fans via social media, which is why they released this bad boy to the public via the @BuschBeer Twitter account. Below you will find a rendering of all angles of the new Busch car paint job. 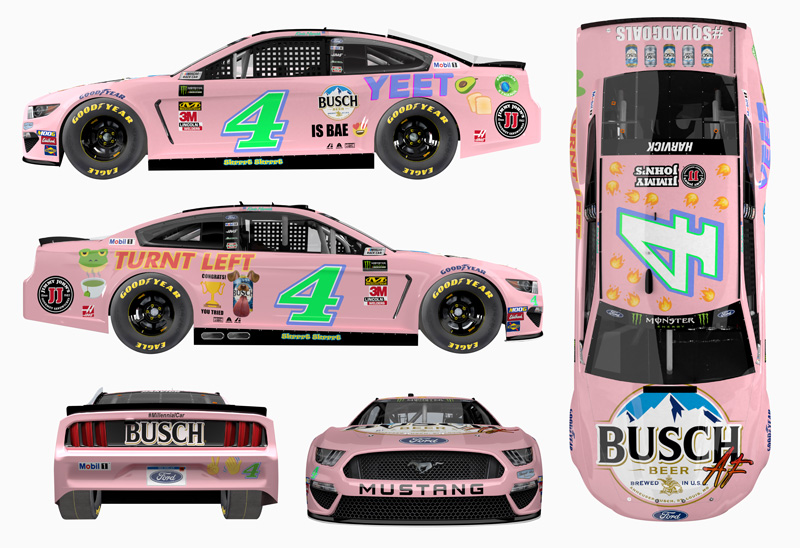 Now, I’ve attended a lot of races in my day, but have never seen anything like this. It’s definitely a clever advertising stunt to get the Busch car talked about more. Kudos to the team!

Is the car ‘Kevin Harvick’ approved?

I was wondering how Kevin Harvick feels to not only lose the bet but have to ride in his new pink mobile. Overall, I think he approves. 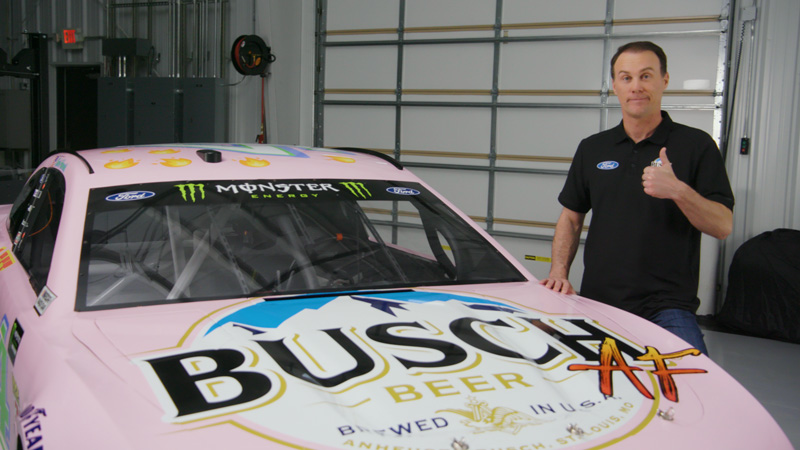 Win or lose in 2019, at least he’s going to make his fans happy riding around in his #MillennialCar. I’m sure loads of racegoers are going to flock to the #4 car to get a shot in front of it. I know I will during the 2019 race season.

Be sure to keep an eye out for the #MillennialCar on Twitter, as more teasers will be released leading up to its official race debut on May 18th.