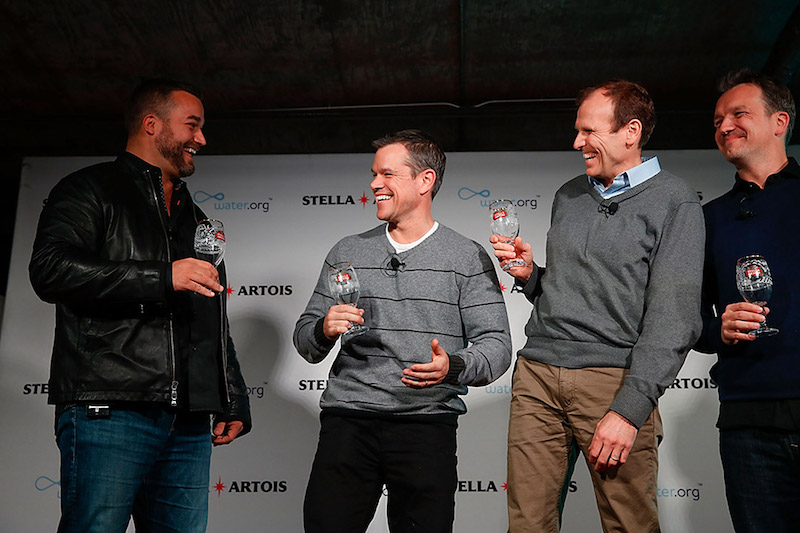 Almost exactly a year ago I touched down for my first time in Salt Lake City, Utah, just an hour outside of Park City where the Sundance Film Festival is held annually. There, Stella Artois and Water.org announced their partnership to end the world’s water crisis with ‘Buy a Lady a Drink’, a simple idea that left a big impact not only on my life, but thousands of others. The Buy a Lady a Drink campaign is pretty straight forward: For every 1 limited edition Stella Artois Chalice sold, 1 person in a developing country will receive 5 years of clean drinking water.

In 2015, the focus was to showcase the dedicated women who would travel miles to collect water for their families. Through mini-documentaries, Stella Artois and Water.org were able to showcase the struggles, and how it not only affected the women, but the families’ chances to thrive. This year marks Buy a Lady a Drink’s second year, and with that comes a new angle. Gary White (Water.org Founder), Matt Damon (Co-Founder), and Stella Artois want YOU to #LeaveYourMark.

“Thanks to our continued partnership with Water.org, we have been able to change the lives of over 290,000 people in the developing world through access to clean drinking water. Small actions, like the purchase of a Chalice, can have a big impact.” – Ricardo Marques, Vice President of Stella Artois.

The Leave Your Mark campaign kicked off in beautiful Park City with the announcement that Sundance Film Festival Grand Jury Prize Winner Crystal Moselle (The Wolfpack) will create a three-part documentary series showcasing the impact of the water crisis on women and their communities in Peru, Haiti, and Kenya. Similar to the year before, Stella Artois has commissioned one artist from each country to create a design that will be etched on a limited edition chalice. You can find them on Amazon, along with last year’s Honduras, Ethiopia, and India Chalices.

How will you Leave Your Mark? I’m proud to say I was there for the launch in 2015 and sold over 600 chalices through my Amazon link. That’s over 600 people with 5 years of clean drinking water. What a difference $13 can make in a person’s life.

You can help end the world’s water crisis by visiting BuyALadyADrink.com and purchasing a chalice. Make sure you share this article with your followers on social to get them in on changing the world for good.