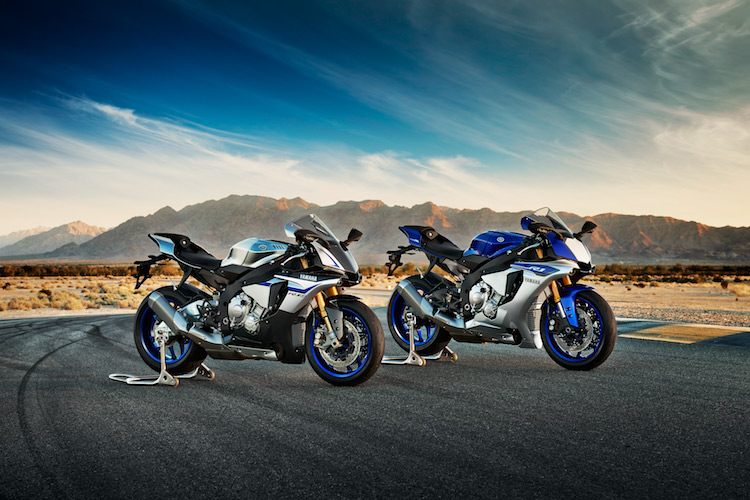 Rumors have been swirling and the world has been waiting with eyes set on Yamaha. The legendary YZF-R1 had grown a little long in the tooth with no major updates since 2009. The talk of the superbike world has predictably settled on electronics. It has dominated the discussion in both MotoGP and Superbike World Championship, so it is only natural for it to trickle to the consumer level. The Japanese manufacturers have seemingly been playing catch up with their European counterparts in this arena, despite their success on the race track. Enter Yamaha’s all new offerings, the R1 and R1M.

Yamaha believes they have blurred the line between factory MotoGp racer and production superbike with their new lineup. There is no denying the visual cues that have been passed down from the YZR-M1 that we have seen Rossi and Lorenzo claim checkered flags with on Sundays, but the track-inspired technology that Yamaha has dropped onto it’s production line is impressive. Lightweight components to shave off pounds are everywhere, from the aluminum fuel tank to the magnesium subframe and wheels. This combined with a shorter wheelbase and the highly-adjustable suspension make for an incredibly responsive and agile machine. One of Yamaha’s techs onsite for the unveiling told me that it feels as flickable and lightweight as an R6 when you are on the track. The motor is an all new design but is still a now familiar cross-plane inline 4 cylinder unit. They’ve managed to shorten the stroke drastically with titanium connecting rods for even more precise response. The R1M is a step up with carbon fiber bodywork and electronically-controlled suspension from Ohlins upgraded from the KYB unit on the base model. It also has an upgraded electronics package that features GPS tracking for analysis, lap timing and other analysis. All of this is in your pocket all the time with their companion smartphone and tablet app. Review your track session and change your electronics setup all from the app, then connect to your bike via WiFi to push updates. The polished aluminum tank and swingarm round out an incredible bike that is set to take on the European manufacturers in terms of aesthetics and sophistication.

I walked away from the unveiling event extremely impressed with what Yamaha has brought to the table. The R1 had gotten tired. It was no longer considered the elite. Yamaha was not content with answering to what others have released so they redesigned a completely new bike, with development focused on track performance. The bike isn’t available until February but is already generating bike of the year-type buzz.