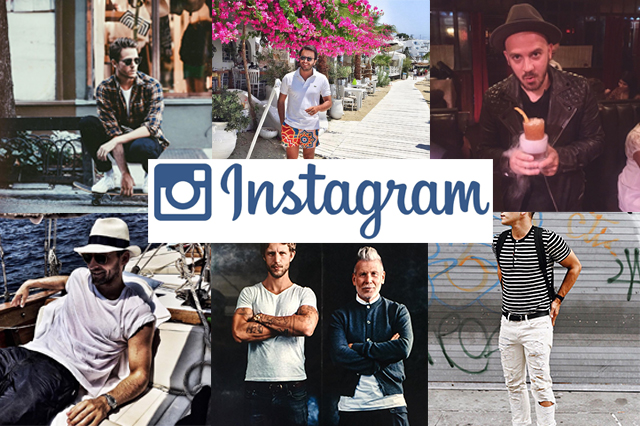 Believe it or not, being a men’s Instagram influencer or personality can actually pay off. So much so, that you might actually make a decent living at it. Take the list I put together below as an example: ’10 Men’s Style Instagrams You Should Be Following’ — all of these style-focused Instagramers have worked with high end brands by organically placing them into their daily lifestyle.

I think it’s safe to say you already know this man. After 25 years working in fashion, Nick Wooster went off on his own and started a style blog. You will find him at practically every fashion show/week on the planet, posing with his famous crossed arms.

@Mens.Magazine is half curated by the Joe’s Daily team and half the followers. Users that tag #MensMagazine on Instagram grants them the chance to appear on the feed if selected by one of the team members. Outside of style, @Mens.Magazine posts photos in tech, automotive, food & drink, and more.

I met Justin while attending a wine event in Santa Monica. He’s the creator of Scout Sixteen, a brand focused primarily on men’s fashion, and it’s quite apparent he knows his stuff once you obsessively scroll through his feed.

Moti Ankari works as a market editor at Bloomberg during the day, and moonlights as a fashion blogger at night. His account is full of fashion, combining classics with some pretty neat prints.

Chris Millington is a cross between a lifestyle blogger and a model. He describes himself as a modern gent, which might be the perfect way to explain his style. His beard says rugged, while his garb says otherwise. It just works.

Denny Balmaceda is a NYC-based stylist. He runs the blog Look Rich, Shop Cheap, a guide for men to look their best without breaking the bank.

I can’t tell if he’s a professional model, or just a professional traveler. Whatever he is, Johannes Huebl’s Instagram feed will make you envious of all his amazing travels and photo ops.

Fabio Attansio is a contributor at GQ Italia and co-founder of The Bespoke Dudes Eyewear based in Milan. His bio says it all, “Fostering the rebirth of a sartorial classicism in menswear since 2012.”

Excuse me while I self promote a bit. I can’t say I’m nearly as fashionable as the accounts you see above, but I like to think I post some cool stuff, especially product-wise. Everything from style and food to travel, tech and cars.