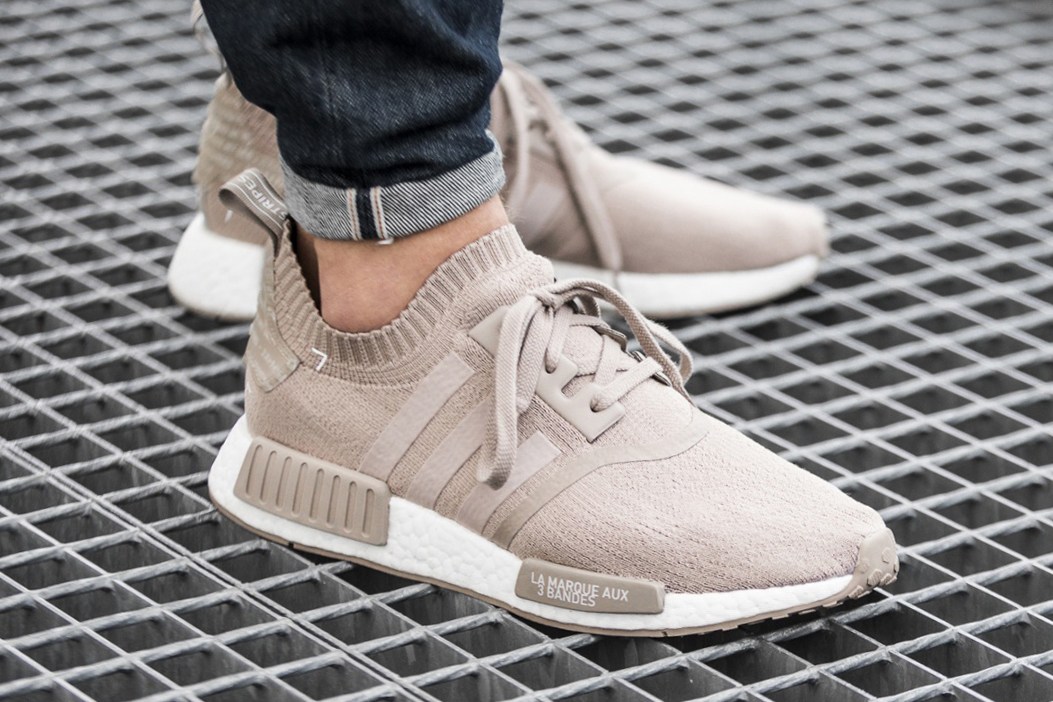 adidas NMD R1 Primeknit “French Beige” Due Out Next Week

It appears that adidas is planning to drop two NMD’s next week. Joining their black Japan-inspired NMD drop, adidas is set to release the NMD R1 Primeknit “French Beige” as well.

The two front plugs feature French, “La Marque Aux 3 Bandes,” translating to, “The Brand with Three Stripes,” similar to the Japanese characters found on the aforementioned black NMD pair. Its hue is nicknamed “Vapor Grey,” though there is a reason they’re named “French Beige,” with a beige look throughout the upper.

Fans of NMD should keep an eye out for the “French Beige” drop to hit adidas stockists in limited quantities on June 10.