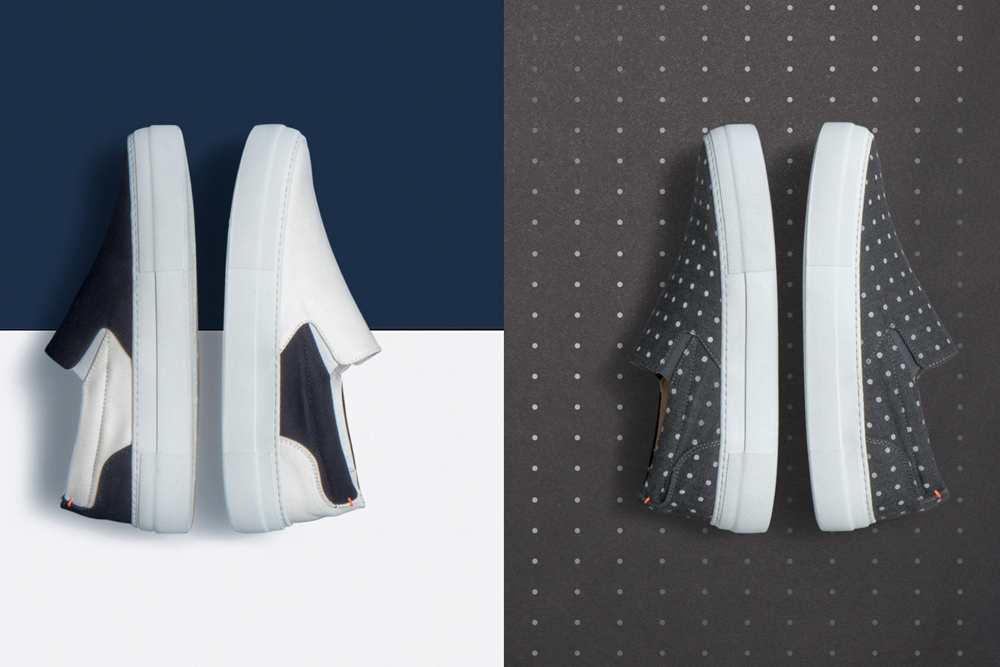 You know something good is going to come out of a collaboration when one of Business of Fashion’s “100 Most Influential People in the World” is involved. Nick Wooster, who has previously held major roles at Ralph Lauren and Bergdorf Goodman, is teaming up with Greats and Lardini for his fifth time to bring something special to your feet this Spring/Summer 2017.

As most visionaries do, Nick started a movement with his mismatched sneakers, which later was adopted by both brands and the market. Because of this, he chose for his fifth capsule with Greats to feature a mismatched navy and white premium canvas with a smooth leather lining. The second silhouette in the capsule features a durable grey canvas decorated with silver 3M polka dots all over that subtly reflect light. Each of the styles are elevated atop a Margom outsole, and include the respective brands’ logos found on tan calf lining located on the heel cup.

The Greats + Wooster + Lardini Spring/Summer 2017 collaboration will be available for men and women exclusively on greats.com starting March 30th, 2017 at 3pm EDT.