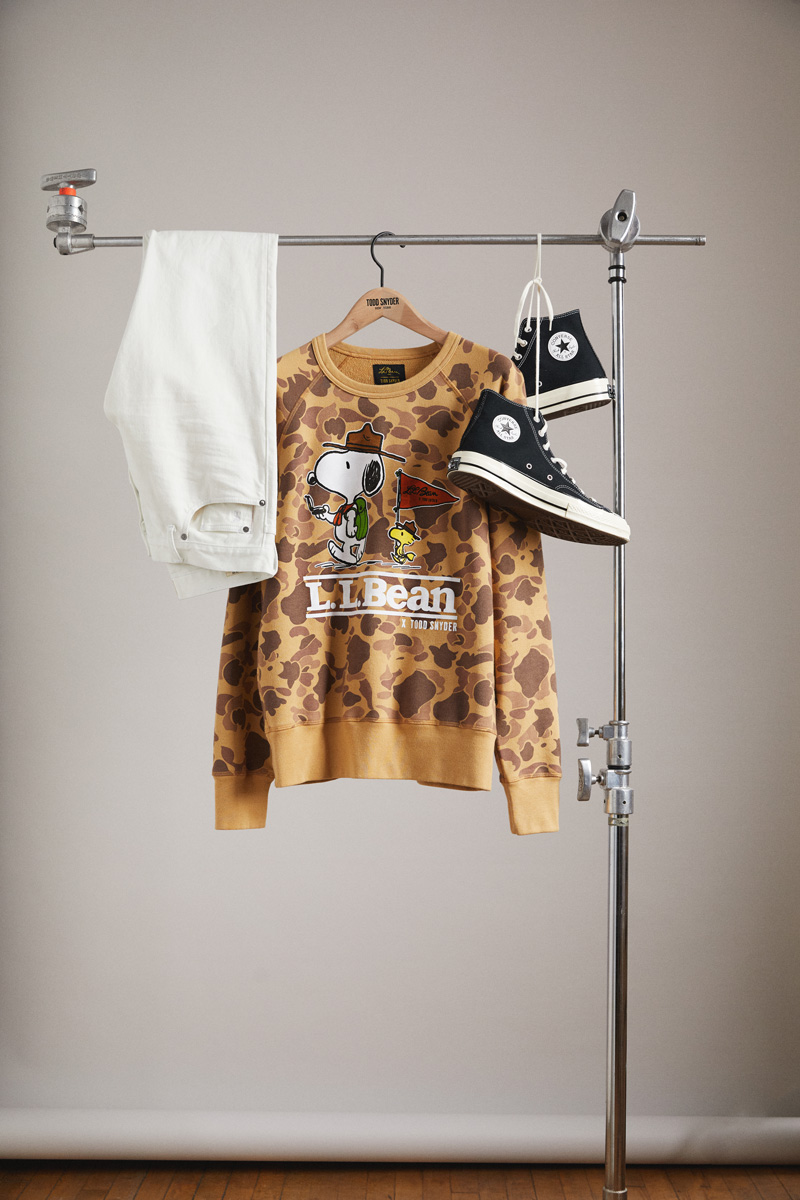 Back in the fall of 2020, Todd Snyder teamed up with L.L.Bean on a collection that cleverly combined a downtown city dweller vibe with Maine outdoorsman. The collaboration titled “From Away” found its name from Snyder’s realization that one is either a “Maine-ah” (from Maine) or From Away (everywhere else). I can relate, as I’m from the New England area myself, but spent most of my life adulting in Los Angeles.

Snyder, a long-time Peanuts fan, dreamt up the idea of what Snoopy would be like if he was a Maine-ah. His imagination resulted in the L.L.Bean x Todd Snyder: Peanuts Edition, a collection of sweatshirts featuring everyone’s favorite beagle living his best life as a woodsman. You know, doing what he does best–chopping firewood, summiting Mt. Katahdin (Maine’s highest peak), and of course, sleeping out under the stars.

“Instead of sending Snoopy to the fashion capitals of the world, I was inspired by Leon Leonwood Bean’s passion for introducing city people to the outdoors. With L.L.Bean x Todd Snyder: Peanuts Edition, Snoopy falls for a different kind of beauty than Paris or Milan—namely, the Maine wilderness. Once I had these images in my head of Snoopy and Woodstock with camping, chopping logs and hiking up Mount Katahdin, working L.L.Bean into the scenes became a joy. On one of the sweatshirts, Snoopy is wearing an actual vintage L.L.Bean Maine Guide Jacket.” 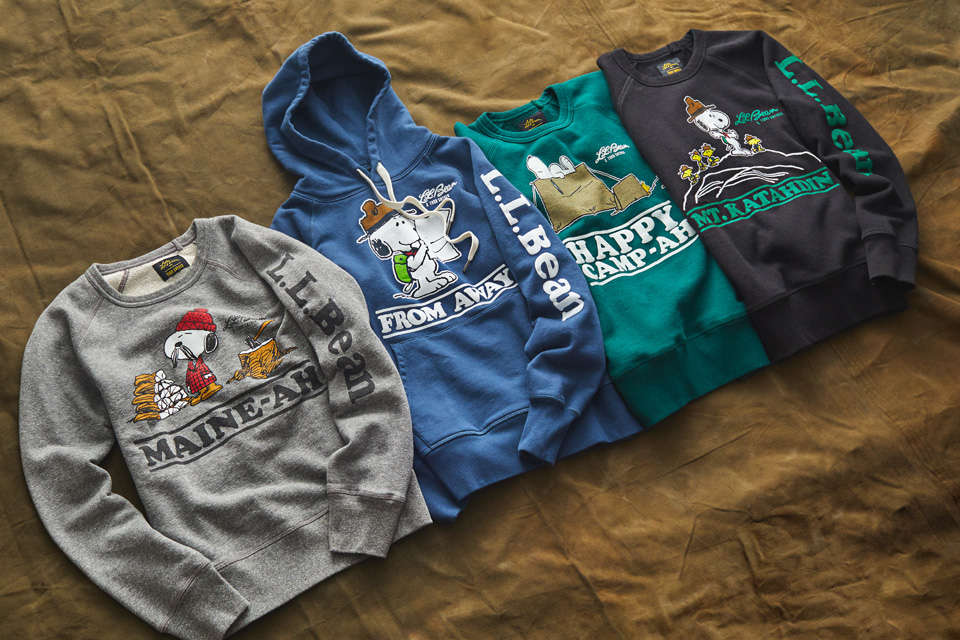 The L.L.Bean x Todd Snyder: Peanuts Edition collection is Made in the USA using midweight French terry, consisting of four crewnecks and four hoodies. The Raglan-style silhouettes are meant to evoke the cut of classic Seventies sweatshirts. All feature an old-school L.L.Bean logo running down the wearer’s left sleeve. The camouflage pattern on select styles is based on an archival duck-hunting print that Snyder discovered when researching at the L.L.Bean archive in Freeport, Maine. The non-camo styles come in Grey Heather, Navy Batik, Bottle Green, and Blacktop.

L.L.Bean x Todd Snyder: Peanuts Edition is available starting today, March 19 at 11am ET. The crewnecks retail for $149; the hoodies are priced at $179. 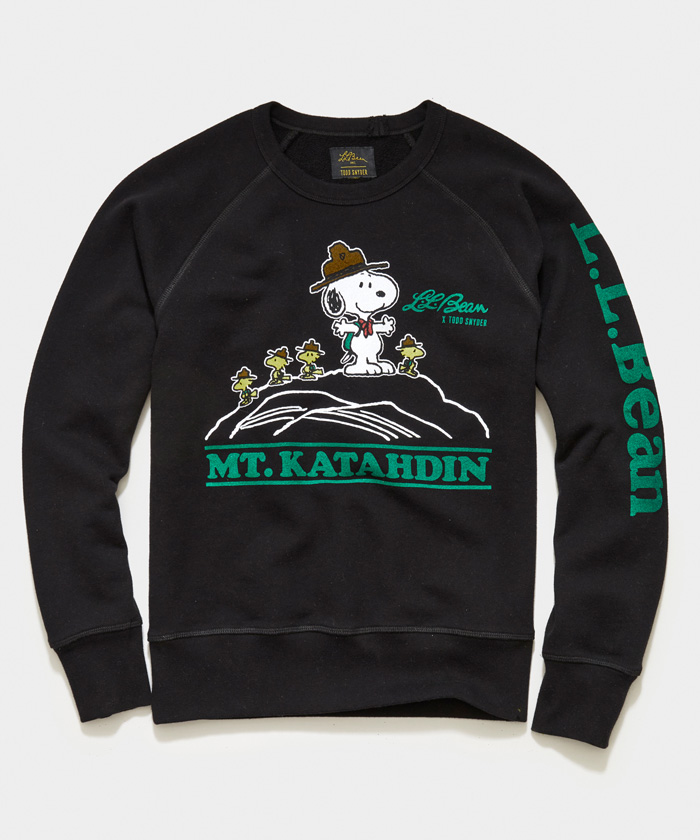 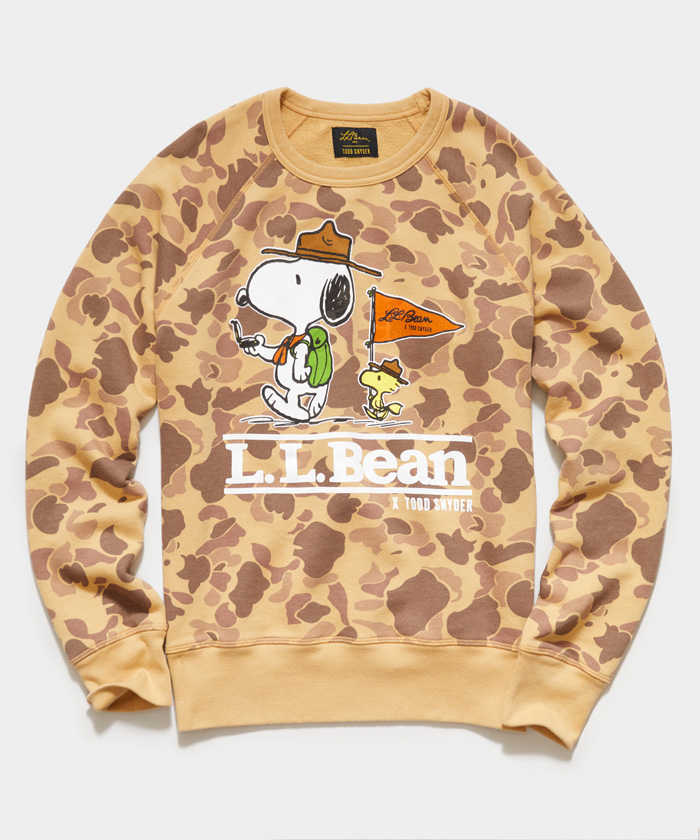 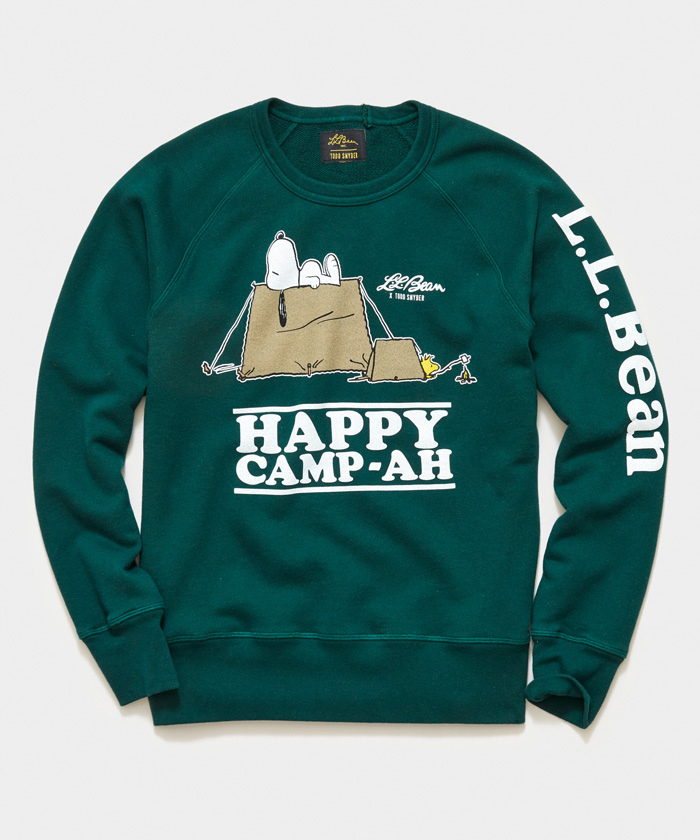 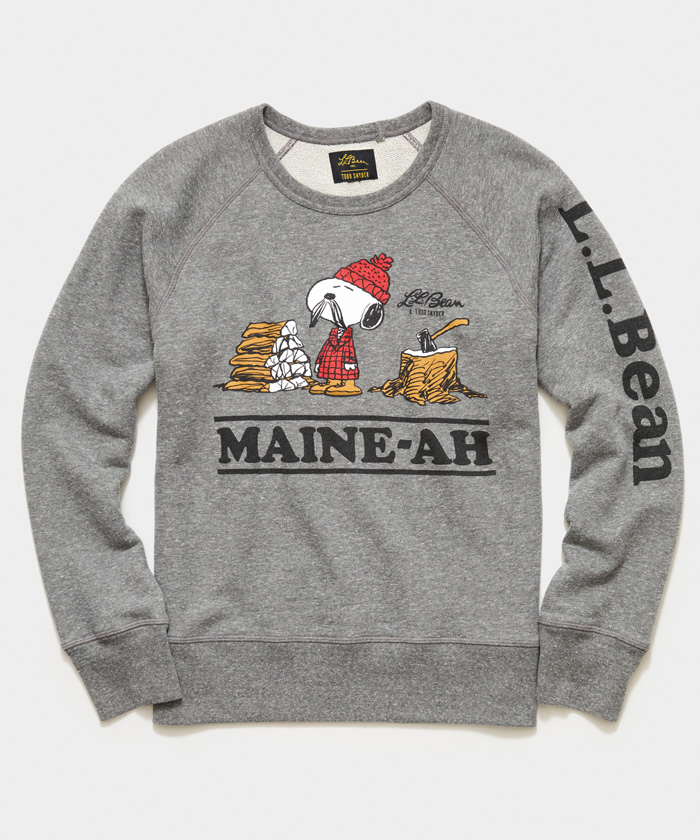 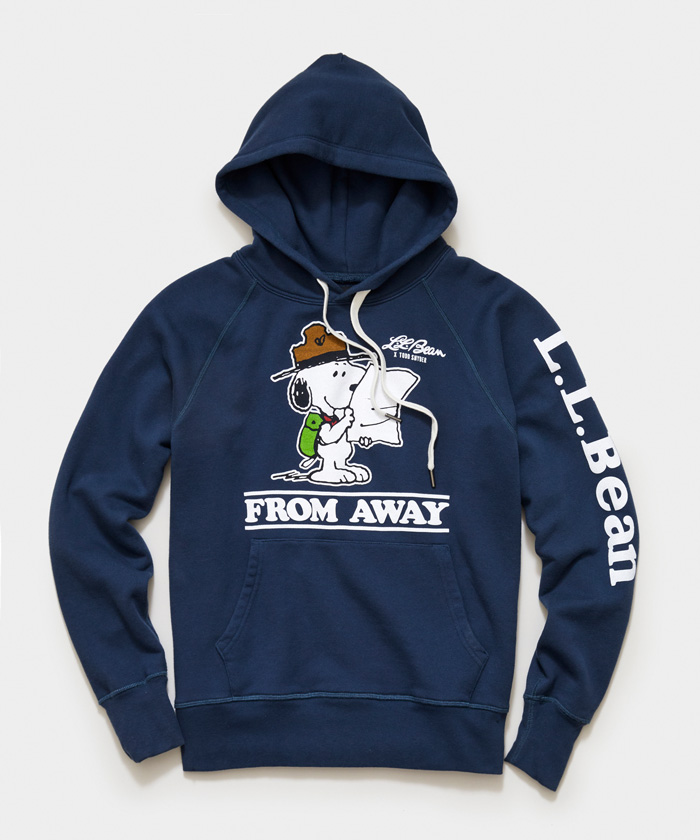 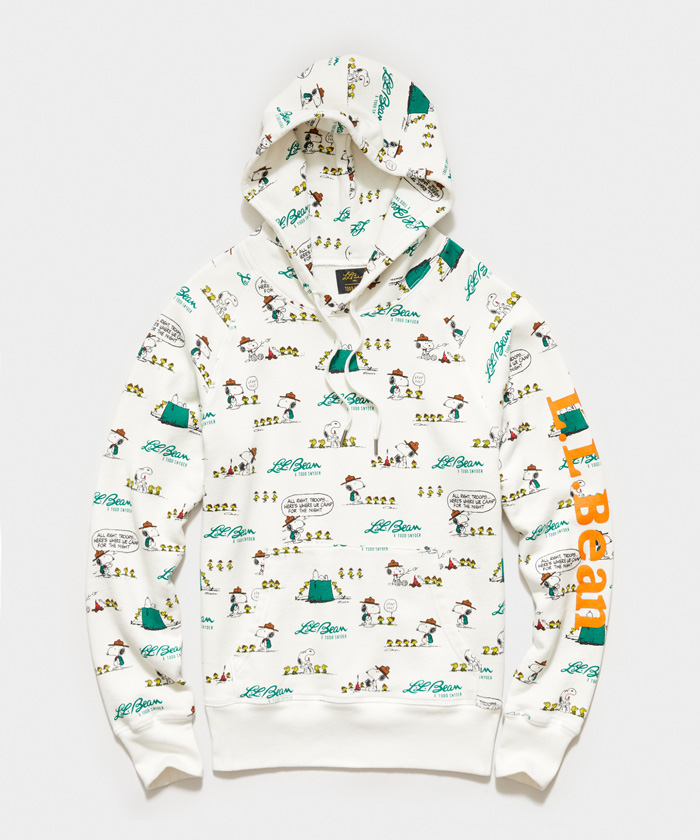 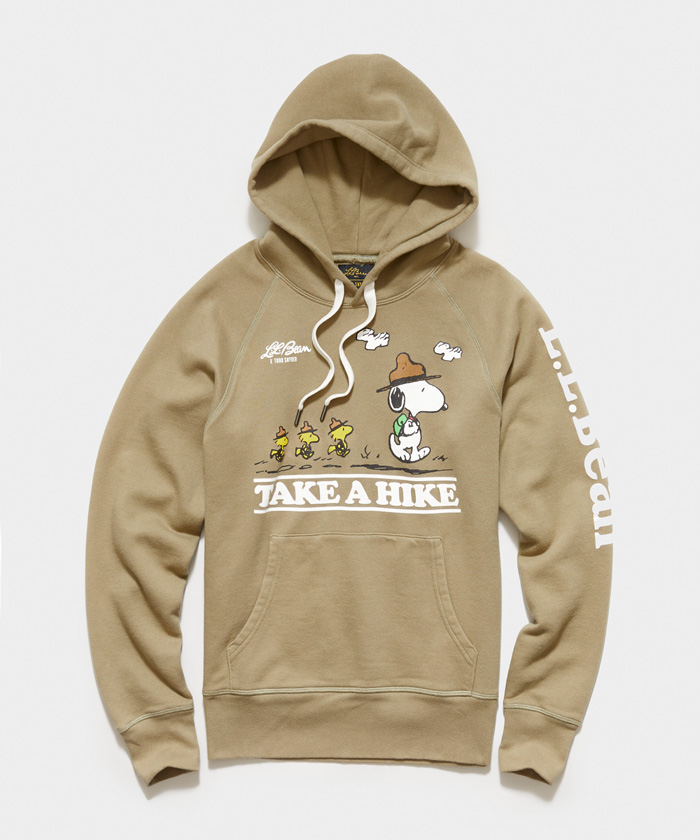 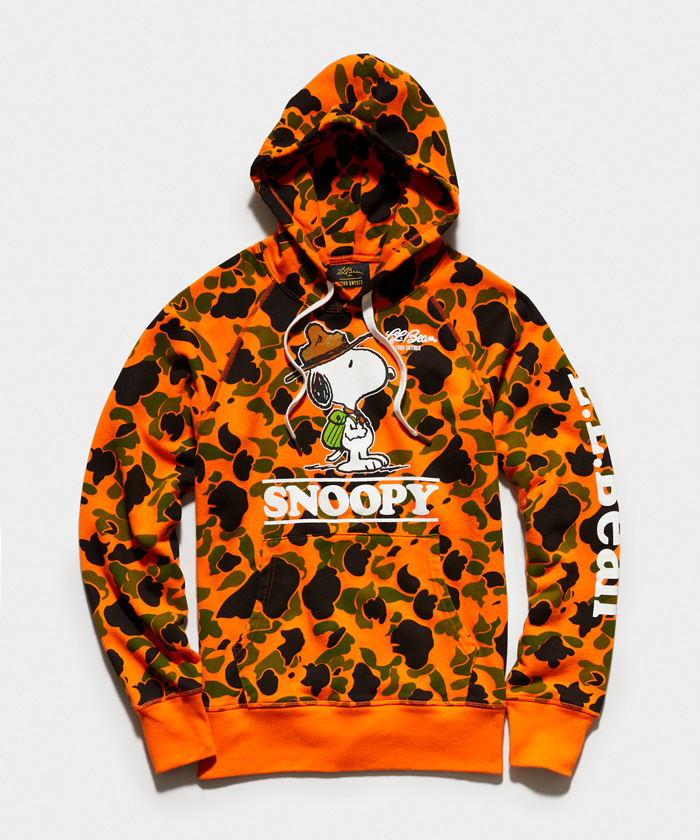