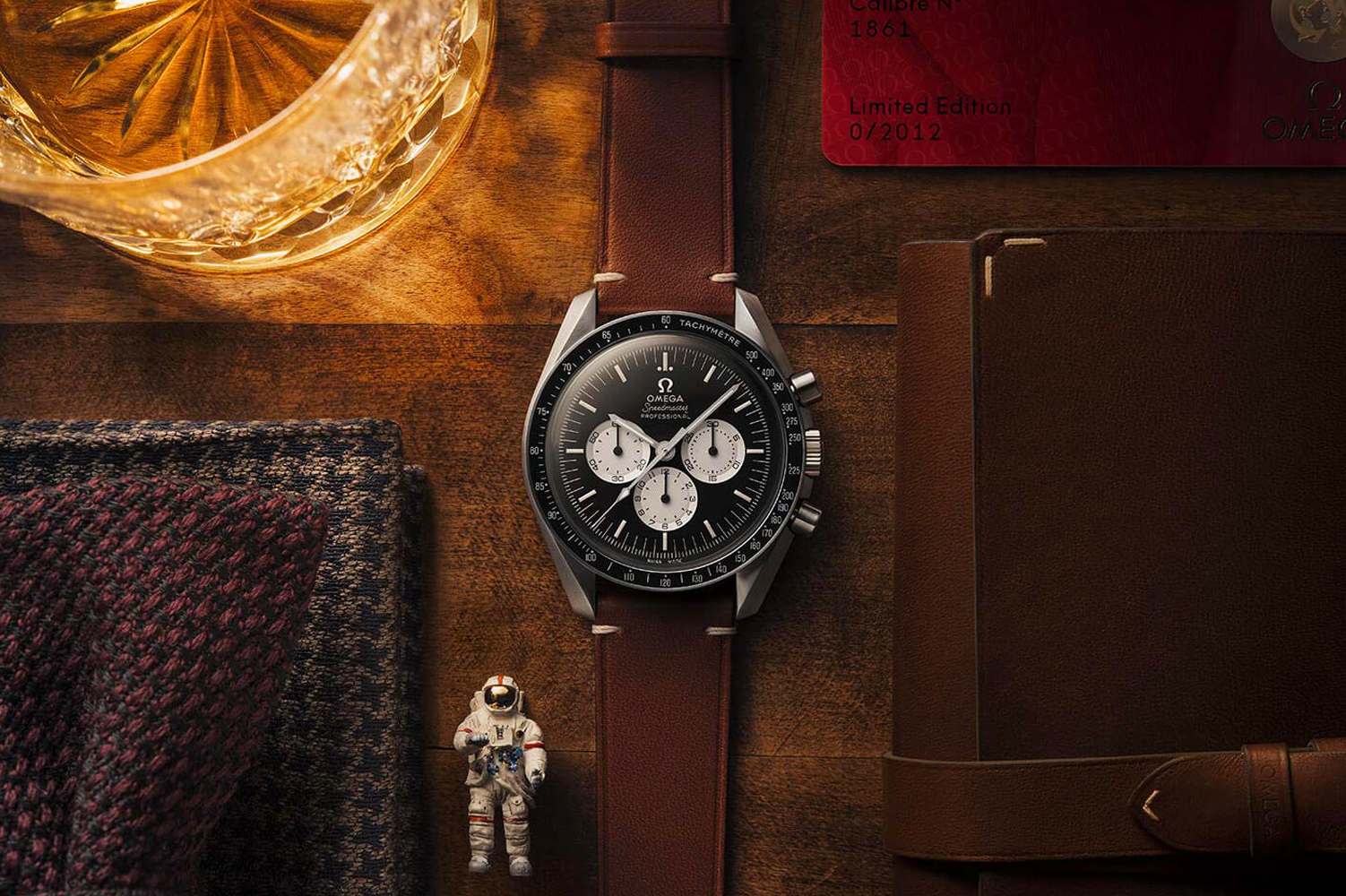 If there was ever any doubt that social media has influence on brands, take a look at what Omega has cooked up. The Omega Speedmaster Speedy Tuesday Watch is a timepiece inspired by their fans that use the hashtag #SpeedyTuesday to show off their watches.

The overall design, though a combination of various vintages, is inspired by the “Alaska Project III” model, originally built for NASA in 1978. NASA commissioned Omega for the watch with the request that it was anti-reflective and easy-to-read in space. The “Speedy Tuesday” watch has similar qualities with a brushed matte-finish stainless steel case and radial subdials with enlarged numerals. Even further, Omega also included the “reverse panda” dials first introduced back in 1966, joined by a vintage Omega logo and matte black bezel ring.

The #SpeedyTuesday watch is limited to just 2012 made, and comes with a vintage-cut brown leather strap, a spare white and black striped NATO strap, and a strap changing tool. It should also be mentioned that this is the first Omega to be sold directly online.