When Hodinkee‘s Director of Product and Strategy, Mo Ali, brought his eight-year-old son Zahid to work one day, I don’t think he expected to be inspired to create an entirely new concept from his son’s imagination. The Rolex GMT-Master II Sprite concept came to fruition during a tour of his office when Zahid noticed that there were various Coke and Pepsi watches, but none with a Sprite theme to them. In a real child’s imagination, where there are no boundaries or dumb ideas, Zahid mocked up a Rolex with a Sprite theme to it.

The crisp lemon and lime flavor Sprite is known for shines through on Zahid’s design. The Rolex GMT-Master II Sprite concept features a bezel split with a lime-green top and a lemon-yellow bottom, a glossy black dial, and a 24-hour GMT hand with the same color combo as the bezel on the arrowhead. 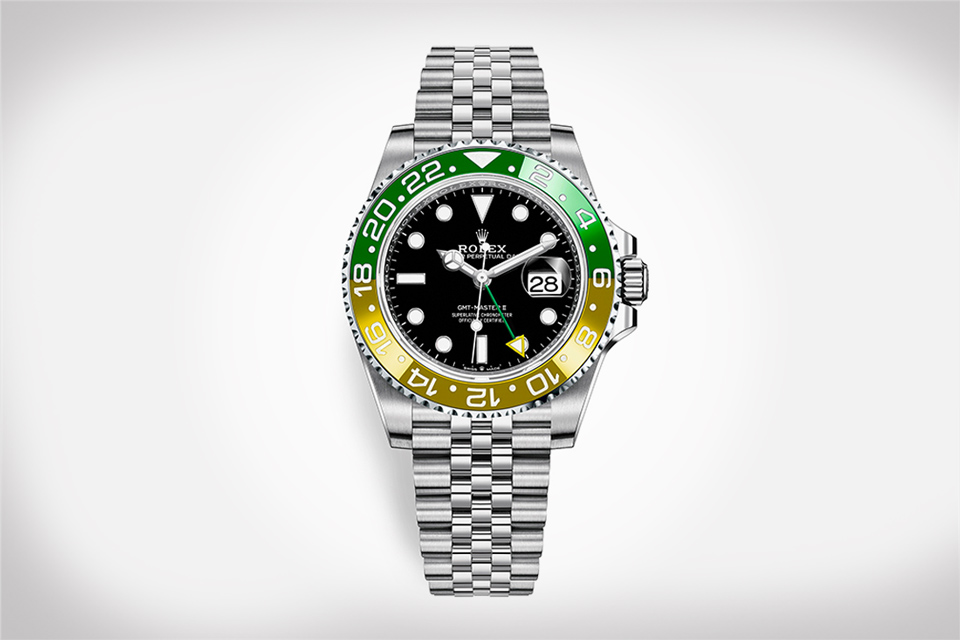 I’ve always liked the Rolex GMT-Master II Pepsi and hoped to own one someday; however, now I think I might hold out for the Sprite if it ever gets developed. The colors pop, and I’m sure it will become a highly sought after watch for years to come. Definitely worth the investment and something you can pass down generation to generation.

Perhaps ‘bring your child to work day’ should be once a week rather than just once a year. Thoughts?