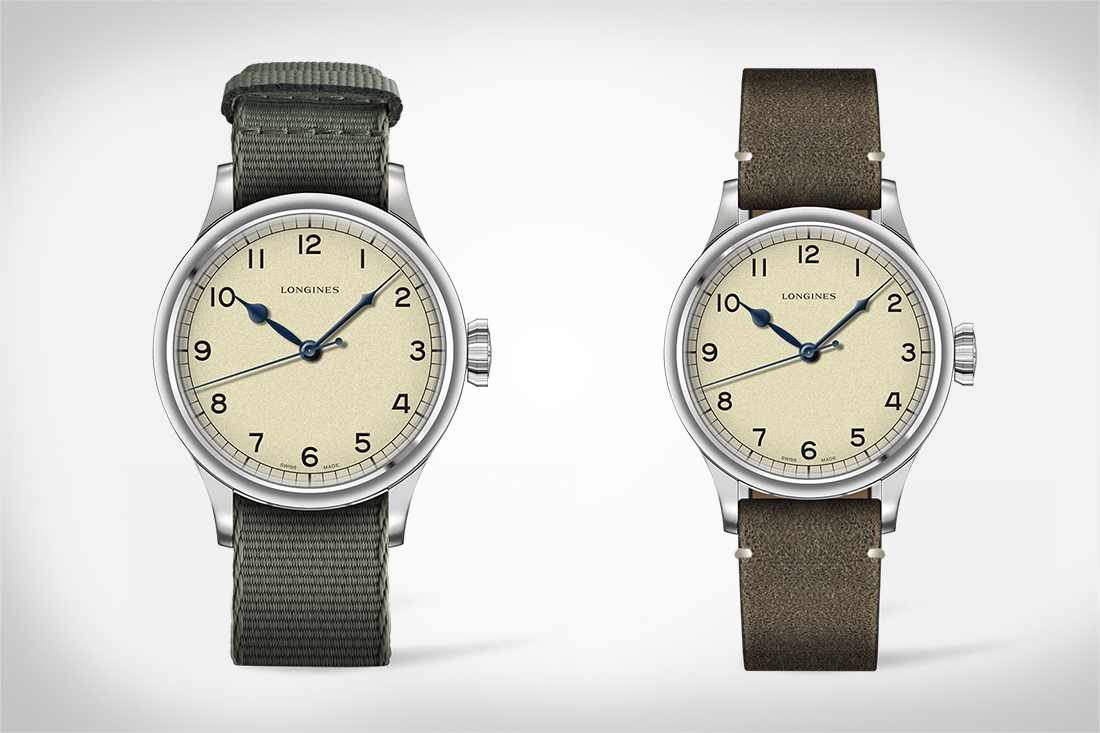 Longines have reintroduced a popular military watch originally produced in the 1940s for the British Royal Air Force (RAF). Like its predecessor, the Heritage Military Automatic watch features the oversized winding crown and blue hands that perfectly stand out against its silver opaline dial. Even further, Longines replicated the oxidized patina from the original model with a mist of droplets in black paint. The process is done by hand, making each timepiece unique.

Though it runs off an automatic movement, you won’t find it labeled anywhere on the watch, keeping it true to the original 1940s version. Similar to the watch worn by Stanley Turner and his RAF counterparts, The Longines Heritage Military features a curved, fully polished bezel and box-form sapphire crystal. The steel casing that houses the automatic movement (L888.2) comes presented in a special case complete with a green, aged leather watch strap, a Nato strap in the same tone, and a convenient strap replacement tool. 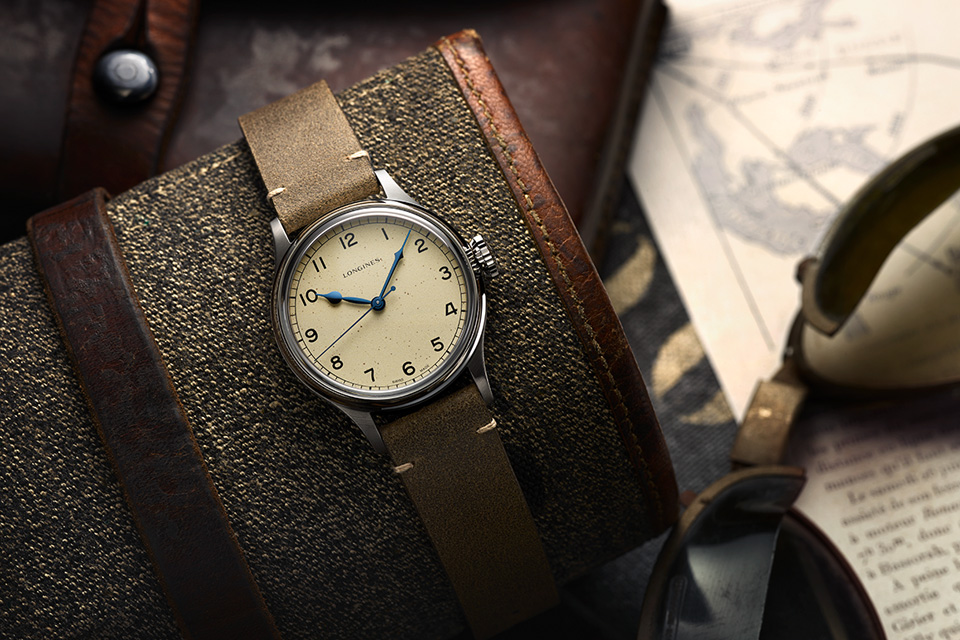 Head over to Longines to see learn all the details.