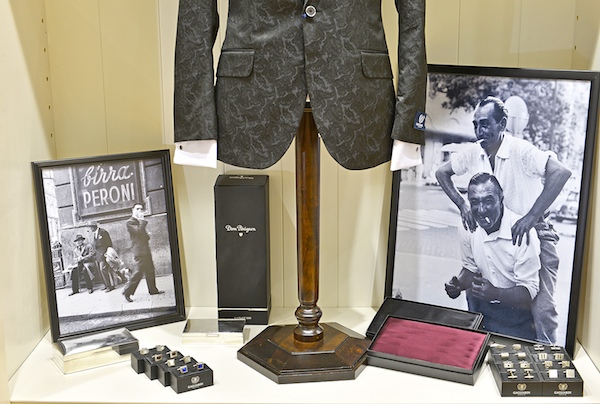 From the very first episode of the highly stylized AMC drama ‘Mad Men’, fans of the show have been clamoring for a way to incorporate a bit of the early 60’s into their wardrobes. Perhaps it’s the increasing amount of jeans and trainers that are finding their way into daily office wear that has sent us hankering for a good tailored shirt and a silk pocket square? Or maybe we just all secretly want to be/be with Don Draper?

It’s not a difficult look to achieve – there are just a few key pieces you should have in your wardrobe that will bring the style of the Sterling Cooper Advertising Agency into your life. The skinny tie is a staple of the early series of Mad Men, with simple patterns and block colors dominating proceedings. Cufflinks are the key to elevating your look to something truly classy, Mad Men style. Having the gleam of metal on your fitted shirts will confer a sense of power and success on your business outfits. The various power relationships in Mad Men are played out by the clothes the male characters wear. For example Roger Sterling’s power status as a partner of the company is cemented by the fact that he wears a three piece suit all the time, while the people directly below him wear two piece ensembles and the lowly mail room intern’s work in just their shirts.

And hey, even if you’re simply an intern, wouldn’t you rather get noticed for that three piece designer suit than the coffee stain on your only (ill fitting) shirt? The braver of us out there might be tempted to accessorize further with some bow ties, spectacles, tattersall vests and smoking pipes (though, of course, we’d never advocate smoking as a style choice). Don’t shy away from patterns on those bow ties, and remember that horn-rimmed specs don’t classify as ‘hipster’ as long as you’re wearing them with a suit.

Remember that less is always more – you want to make sure you’re capturing the timeless essence of this era, not making it seem like you still think it’s okay to smoke at the doctors.

All images courtesy of Gagliardi Shirts