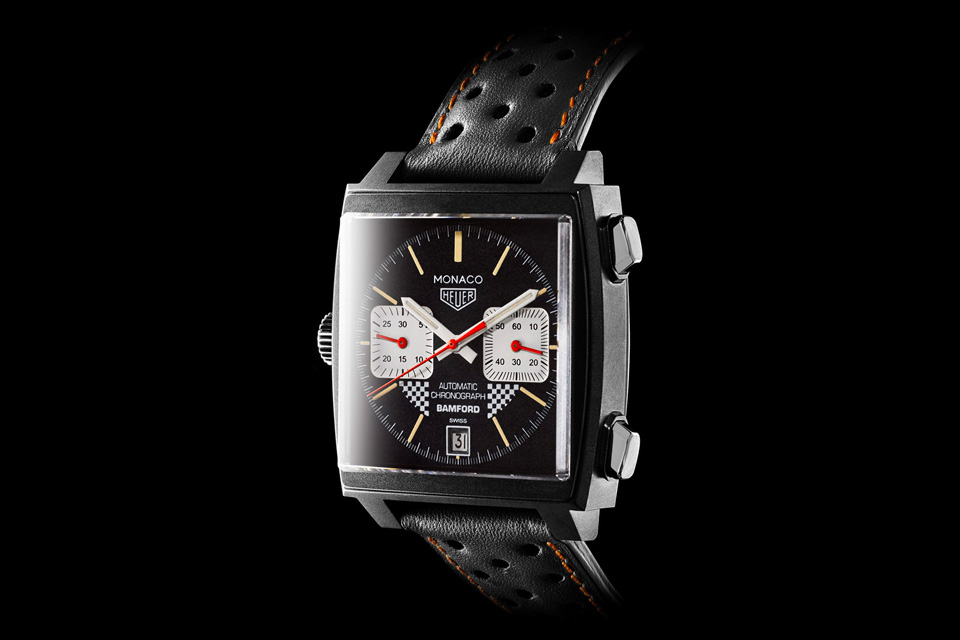 If you’re a movie buff, chances are when you hear “The Dark Lord,” you immediately think of Voldemort or Sauron, but not in the watch world. “The Dark Lord” refers to a rare Monaco watch from 1974. It was one of the few PVD-coated timepieces during its time, which led to collectors to doubt its durability, and later adding to its rarity. With that in mind, Vintage Heurer teamed up with Bamford Watch Department to create the masterpiece you see above. Vintage Heuer’s infinity for orange made its way on the watch by replacing the traditional red hands, as well as on the perforated black leather racing strap with orange stitching. Additionally, you’ll find the subdials white with checkered flag features, and the crown moved to the left side.