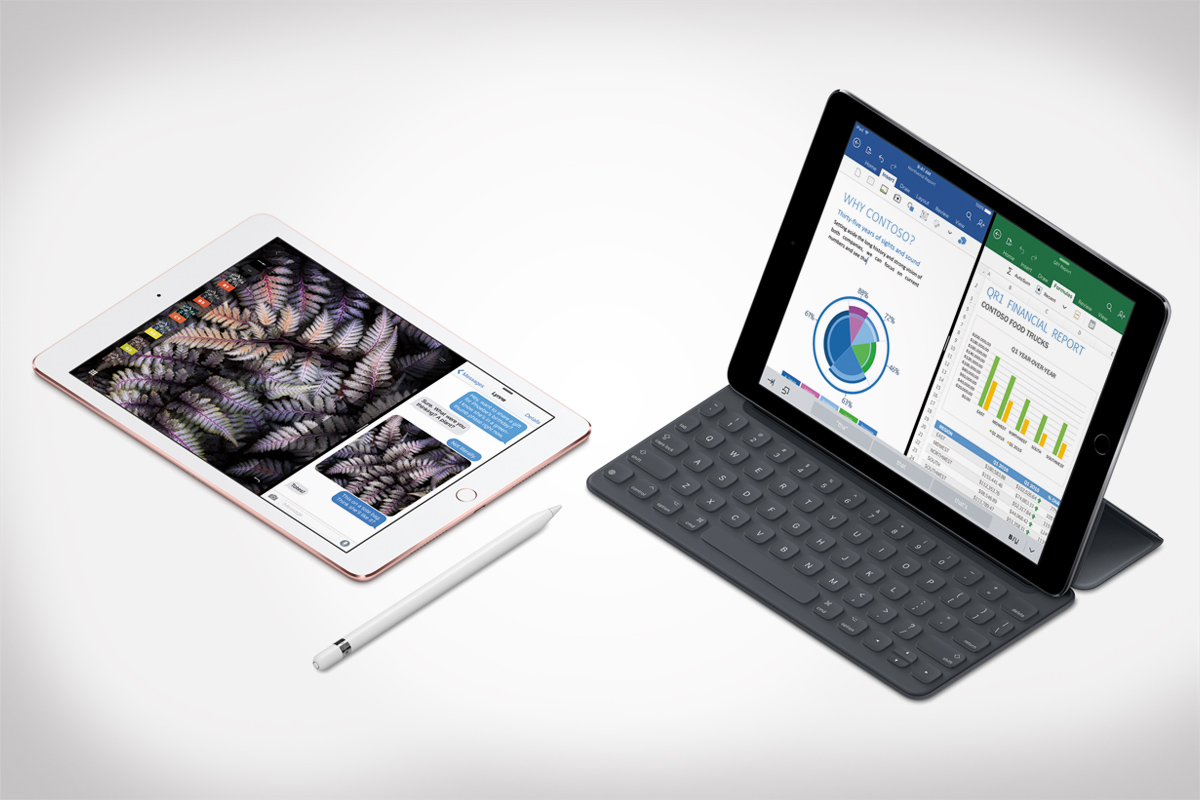 “iPad Pro is a new generation of iPad that is indispensable and immersive, enabling people to be more productive and more creative. It’s incredibly fast, extremely portable, and completely natural to use with your fingers, Apple Pencil and Smart Keyboard. And now it comes in two sizes,” said Philip Schiller, Apple’s senior vice president of Worldwide Marketing.

The new iPad Pro packs incredible performance for a tablet weighing just under one pound. Inside you will find a 64-bit A9X chip that crushes most portable PCS, a four-speaker audio system that is twice as powerful than its predecessors, a new 12-megapixel iSight camera for snapping Live Photos and 4K video, a 5-megapixel FaceTime HD camera, and faster wireless technologies than ever before. Orders begin on March 24, 2016 at Apple.com, and made available for purchase in store the following week on March 31, 2016. Visit Apple.com/iPad to learn more.