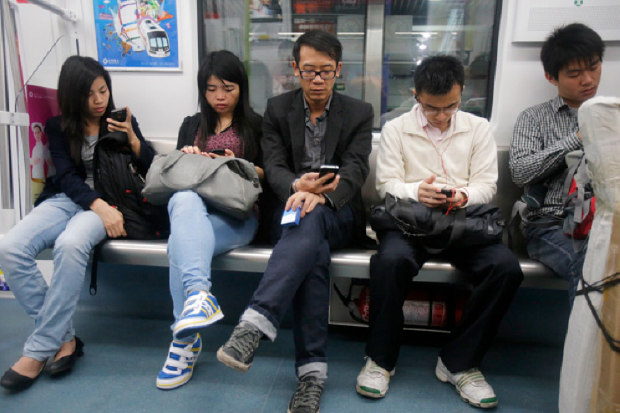 5 Apps for Your Morning Commute

We all know the commute to work can be dull. It can be long. Tiring. And more often than not delayed. Increasingly we are turning to our smartphones. Just staring at them, not quite sure what to click on, but looking all the same just so it looks as we are doing something. Averting our thoughts away from the fact that commuting sucks.

But it needn’t. There are some great apps on the market to take your mind away from being squished next to the obese man on the train. And these are just to name a few.

Most of us first thing in the morning want to know what’s going on in the world. The Associated Press’ app more than covers this. With push notifications for breaking news, and the ability to sync your mobile with local news and weather, you have all bases covered for your quick flick through the headlines in the morning.

Can’t concentrate on the news because that balding man four rows in front is snoring very loudly? A rocket launcher might do the trick. Imaginary of course. The Fx Guru app has a range of effects to turn your life into a Hollywood move and blow that balding man to smithereens.

With rocket launchers, Tyrannosauruses, and Ghost Brides all to choose from, you can turn your commute from a sleepy morning, to an exciting action-packed bus ride.

For some the commute is a chance to sit back and relax, for others it’s a chance to play games such as Platinum Play Australia, or FIFA 2014, and there’s no better way to do that than with a soundtrack you love. The Spotify app allows you to create playlists, download for offline listening and stream your favourite albums directly to your device, meaning you’re only ever a click away from the songs you love.

It can often be the problem when on your daily run in to work. What time do you set off? There’s traffic to consider, train delays, roadworks, the list goes on. Daily Commute is a handy app that compiles all the issues you encounter on your journey and uses the power of data to predict your commute time each day.

You can on each commute by entering notes for specific days so you know exactly why a journey has taken longer, and could eventually earn yourself a few extra minutes in bed.

One of the most addictive apps on the market at the moment Threes! is perfect for the five minutes on the bus before your stop. A numbers puzzle, it’s like Sudoku meets Tetris with all the obsessiveness of Angry Birds.

The game features a heart-warming soundtrack and was honourable mentioned for Excellence in Design by the Independent Games Festival. And it it’s good enough for those guys…