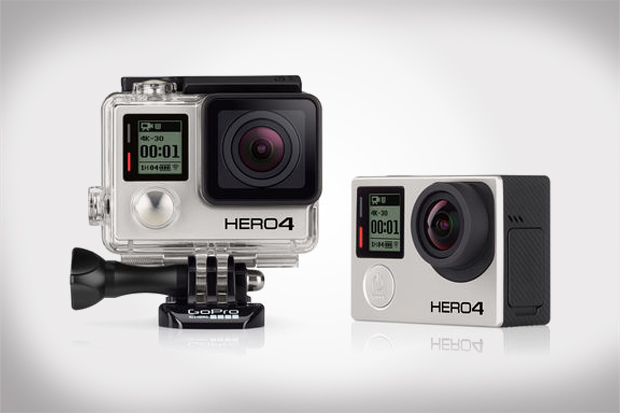 GoPro’s answer to the 4k craze is finally here. Over the past decade or so, the little camera that started out as nothing more than a tool to help athletes improve on their performance has grown into the number one brand channel on YouTube. And it’s no wonder why. With its ever-increasing capabilities and unparalleled portability, this camera is the immediate go-to for amateur and professional adventurists alike. Available as of October 5th, GoPro will be releasing the next generation of this Emmy Award-winning technology with the HERO4 Black, HERO4 Silver, and the HERO.

The HERO4 Black ($499) will be the highest performance GoPro yet with 4k capabilities at 30fps, 2.7k at 50fps, or 1080p at 120fps. This will eliminate the need to choose between video and pictures, while also enabling slow motion without a rolling shutter. All new cameras will feature redesigned audio systems with twice the dynamic range of the previous models, 50% faster WiFi combined with Bluetooth, and an improved, more intuitive, user interface.

Being released at the same time as the cameras are several software updates, and camera accessories. For more information visit http://shop.gopro.com/hero4.