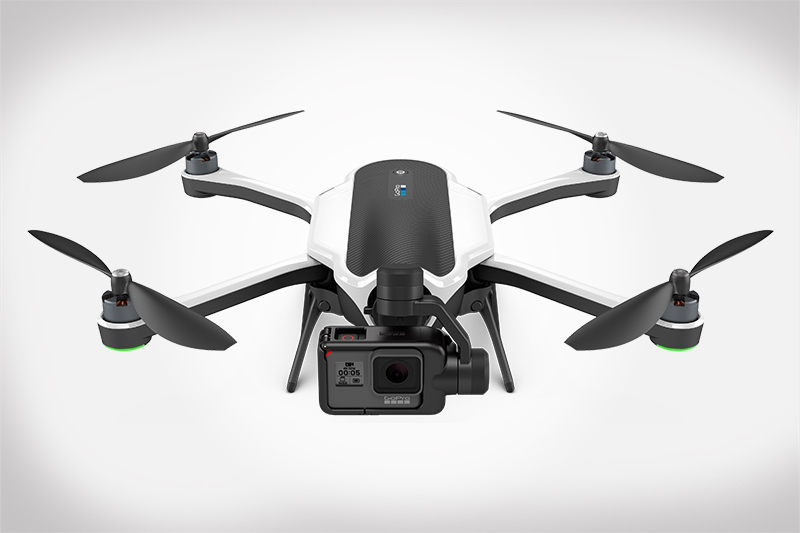 The much anticipated release of the GoPro Karma Drone and the GoPro HERO5 is finally here, and in true GoPro fashion, there’s a video launch.

So what should excite you about these two new items from everyone’s favorite action cam company? Let’s break it down.

As far as action cameras go, GoPro is simply the best. But something that has been overshadowing them over the last few years is the massive adoption of drones. Fans of GoPro have begged for them to put out a drone, hence the mass appeal to the GoPro Karma.

In case you were wondering why I didn’t mention a GoPro that comes with it, well, that’s because it doesn’t come with one. However, the Karma Drone works with your GoPro Hero4 Black or Silver you most likely have hanging around your house. And of course, it works with the new GoPro HERO5 and GoPro HERO5 Session. There’s a lot to be excited for with the GoPro HERO5. For one, it now features voice control for hands-free recording. That’s huge for when you want to put it on record in an instance and not fumble around with buttons. In addition to that new feature, the HERO5 also has a 2-inch touch screen on the back so you can easily preview and edit your footage on the fly. There’s also now a single press button that allows you to turn on and start recording immediately. Additional features include advanced video stabilization, active noise cancelation built-in, waterproof up to 33ft without housing, and more.