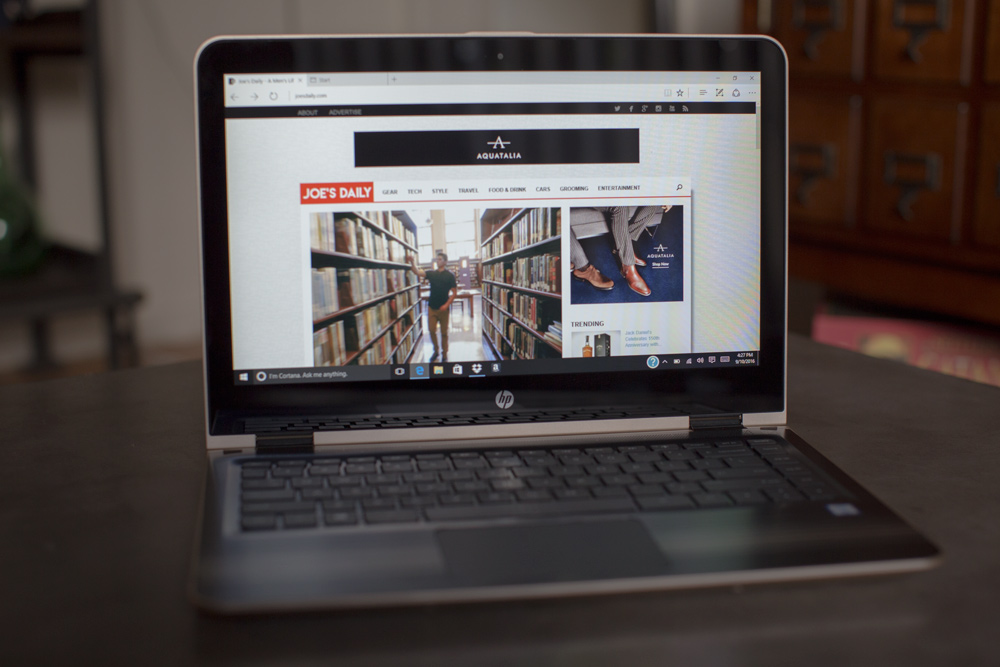 Sometimes things come along that make you realize you were missing out on something without even knowing it. This is how I felt when I received the HP Pavilion x360 2-in-1 laptop. For as long as I can remember, I’ve worked on Apple and PC laptops, but nothing that had a 2-in-1 option. The versatility of being able to go from laptop to tablet is pretty great, and something I was excited to put to the test.

From Laptop to Tablet

The HP Pavilion x360 gets its name from its ability to flip 360-degrees. The flip and fold design offers multiple viewing modes for whether you’re using it as a laptop, tablet, or showing your work off to an audience. What I enjoy most about the laptop was how its versatility allowed me to be comfortable wherever I was. Sometimes I like to get work done from the couch, which can cause strain on my back and neck. I found that when the computer was completely flipped around, and made into a tablet, I was able to browse the internet comfortably and effortlessly, no matter the location. Another notable feature of the HP Pavilion x360 is its 13.3″ Full HD multitouch screen. Besides the fun touch, tap, and glide capabilities, I really enjoyed editing my photos on the 1920 x 1080 resolution screen. With its IPS technology and WLED backlight, the screen has impressive color and clarity.

It’s safe to say I enjoy using the new x360, but what about the computer sets it apart from its competitors? Of course the aforementioned and my beloved 360 flip and fold design, but that’s not all. Here are some notable tech specs of the HP Pavilion x360 I think are worth mentioning:

You can learn more about the HP Pavilion x360, like the entire list of tech specs, by visiting Best Buy.com.

This post is sponsored by HP. All opinions are my own.