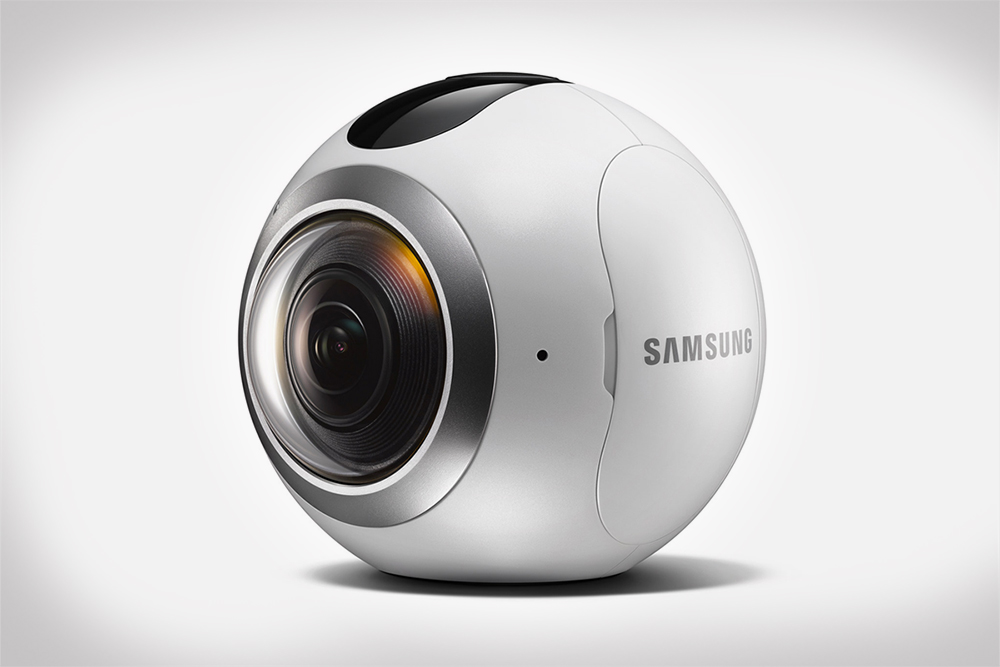 360 videos are nothing new, but as they grow in popularity and acceptance on platforms like Facebook and YouTube, it’s no surprise companies are in a mad-dash to produce 360 cameras.

The Samsung Gear 360 is a small equipped webcam looking device with dual f/2.0 Fisheye lenses – one on each side – attached to a 15-megapixel CMOS sensor. Both cameras seamlessly stitch together to give you a continuous 360 view at resolutions up to 3,840 by 1,920 for video or 7,776 by 3,888 for stills. The camera is as safe to use outdoors as it is indoors thanks to its dust and splash resistance. You can easily connect it to your Galaxy smartphone through WiFi to use it was a large viewfinder, or if you just want to transfer and review the 360 videos you shot. Don’t forget to watch your 360-masterpiece on your Gear VR.

Learn more about the Samsung Gear 360 over on Samsung.com.