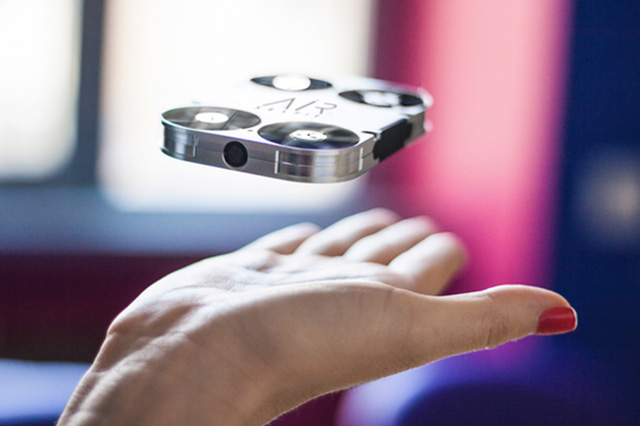 Take Your Selfie Game to New Heights with the AirSelfie

What if I told you for just $189 you could have a selfie taking drone with you at all times – intrigued?

The AirSelfie (on Kickstarter) is a tiny drone made to do exactly that; take your selfies. Simply slide it out of its case, turn it on, and it will fly up to 20 meters (66 feet) away. Its 5MP camera will snap shots and save to its 4GB internal memory. The drone is also capable of capturing HD footage, too, so you aren’t just limited to photos.

When the AirSelfie isn’t in its charging case, there are three flight modes for you to play with: selfie mode, selfie motion control mode and flying mode. The one slight downside is its short 3-minute flight time, though I can’t imagine you need that much time to capture the selfie you were hoping for.

The AirSelfie is compatible with the iPhone 6, 6s, 7, 7 Plus, Huawei p9, Google Pixel and Samsung Galaxy S7 Edge. For those without a compatible phone, a separate power bank is available that can be used to charge the drone up to 20 times. Not really sure the point of that, but glad at least they’ve made an option. Currently the drone is being funded on Kickstarter, with a starting pledge of $189, which will get you the drone, a phone cover and a Micro USb cable. Shipping is set for March 2017.