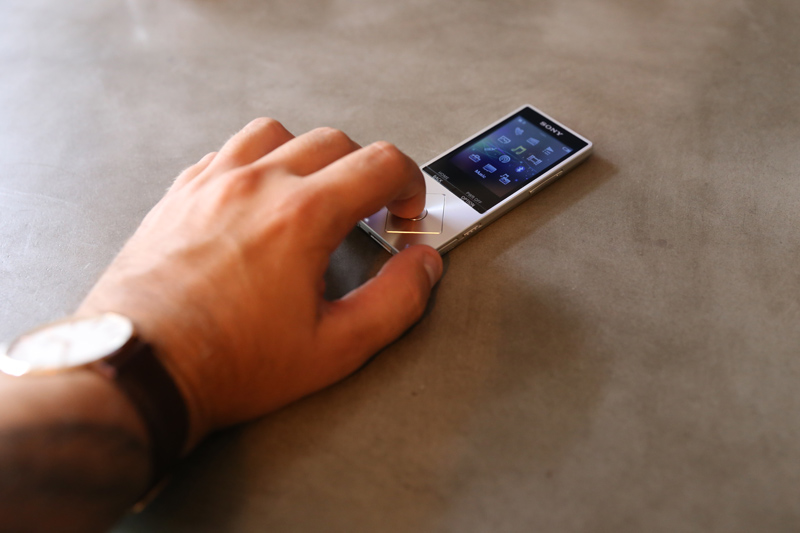 I must admit, when I first heard Sony launched a new Walkman at last year’s IFA, I was a bit skeptical. Over the last few years smartphones have become the go-to device to house music, so why carry around an additional piece of tech? A question I had until I tried Sony’s newest Walkman.

The Sony NWZ-A17 Hi-Res Walkman ($299 USD) is a digital music player unlike any other player on the market. Weighing in at a mere 2.4oz, the Sony NWZ-A17 not only provides a dedicated device to put your music, but audio quality that is second to none. It handles a variety of lossless and lossy digital audio formats that range from CD-ripped music to 192kHz/24bit high-resolution audio. This allows for 6-times the resolution you would get from a CD. As for file formats, the Walkman provides support for WAV, WMA, FLAC, and ALAC, just to name a few. The A17 also comes with 64GB of built-in memory, with an additional memory expansion slot that can add 128GB of storage. So what does all the lossy, lossless mumbo jumbo mean? A lot, actually. In the name of Sony’s new Walkman you see the term Hi-Res, which means High-Resolution. Hi-Res audio identifies music that possess greater musical information than a standard CD. During a recording session, you may have not been aware of this but music is recorded at a level of quality that is far superior to what we get on a standard CD. In fact, it’s 3-times greater than what we end up hearing on a CD. Listening to a lossless track on the Sony NWZ-A17 Hi-Res Walkman makes you feel as though you’re in the studio while it’s being recorded. The way it was meant to be heard.

For someone who travels as much as I do, the biggest complaint I’ve had was my iPhone’s battery losing juice because of the amount of music I was playing. Having a secondary device strictly for music helps alleviate the added stress to my phone’s battery and frees up battery for other important things, like Candy Crush. I’m kidding, sorta. The Sony NWZ-A17 has 50-hours of MP3 playback, and 30-hours of hi-res audio playback on a single charge. Because it uses a s-master amp instead of an analog amp, the Walkman uses less heat and is more energy efficient.

Did I mention its wireless capabilities yet? Using NFC (Near Field Communication), just tap your headphones to the A17 and you’re connected, it’s that easy. Free from wires up to 30-feet away. And because of its built-in support of AAC and aptX codecs, you will be able to stream high quality music. The future is here!

All things considered, whether you’re an audiophile or not, the Sony NWZ-A17 Hi-Res Walkman is a solid piece of tech that I would recommend picking up. I’ll be the first to admit when I’m wrong, and in this case I was dead wrong. This isn’t just another MP3 player.