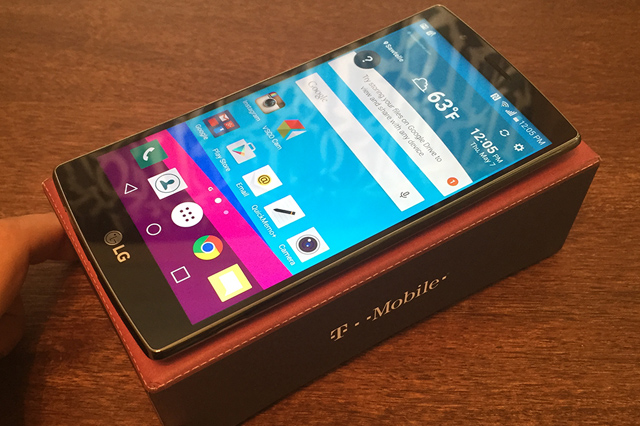 The LG G4 Smartphone: It’s All About the Camera

The LG G4 not only has a great camera for a smartphone, it can hold up against most digital cameras as well. I was invited to an outdoor event filled with music, good food and good people. I knew there would be plenty of photo opportunities, so I took my metallic grey LG G4 along to snap some photos for this post. High quality to the max!

In the photos I captured from the event you can see how the LG G4 handles both low light and bright conditions. From day to night, the photos come out crisp effortlessly. It packs a 16mp rear camera (8mp front camera for selfie fanatics), a f/1.8 Low Light Lens, Optical Image Stabilization, Laser Autofocus, and a Color Spectrum Sensor. All of these features combined give you a robust image for even the most unflattering lighting scenarios.

If you’re interested in checking out the camera quality first-hand, then you’re in luck. LG has teamed up with T-Mobile to go on a G4 truck tour and their next stop might be in your city. Be sure to follow @G4Preview on Twitter for location news, photos, and more LG G4 updates.

Enough About the Camera, How About the Phone Itself?

Ok, I know — I have a little bit of an addiction when it comes to photos. I can’t help it, I just love Instagram.

That being said, what would a smartphone be with just a good camera and nothing to use it with? The LG G4 has a solid foundation both inside and out. Its overall design was created to fit comfortably in your hand whether you’re right or left-handed, all thanks to LG’s trademark rear buttons. Keeping the power and volume buttons off the sides of the G4 gives its profile an uninterrupted sleek design. As for what’s inside, well that isn’t something to overlook. It’s no surprise the camera works as well as it does with the LG G4 packing the seamless performance of a Qualcomm® Snapdragon™ 808 processor. Couple that with 3 GB of RAM, 32 GB of built-in storage (microSD cards up to 2TB), and Android’s latest operating system, Lollipop, and you have yourself a blazing fast smartphone.

The LG G4 doesn’t really come in colors, but rather different material options. As I mentioned before I have the Metallic Gray, but you can also choose from either a Genuine Leather Brown, Genuine Leather Black, or Ceramic White. I’m more partial to the gray and black leather myself.

This is a sponsored conversation written by me on behalf of LG. The opinions and text are all mine.