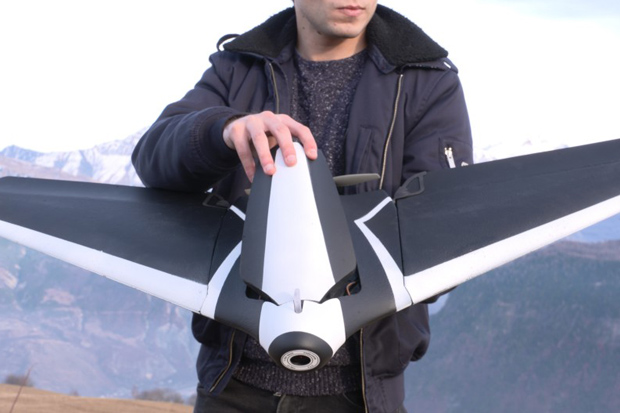 I would bet that when you hear the word “drone” you immediately think of a quadcopter, right?

The Parrot Disco is unlike most consumer-level drones on the market, in that its lightweight design was made to look more like a traditional airplane. Though, it still packs the necessary equipment you look for in these little flying machines. Parrot Disco features a Full HD camera in the front nose, ground sensors, Wi-FI, GPS, and three-axis stabilization for each handling. It also has a 45-minute flight time, which as of right now beats most drones on the market.

What makes this plane-like drone so cool is not just the flight time, but the ability to setup a predetermined route that Parrot Disco will fly, then return home – all on its own. You can also hook it up to your VR headsets for a first-person view of every flight.

Parrot is hoping to have this drone available for sell next year. Learn more about Disco here.