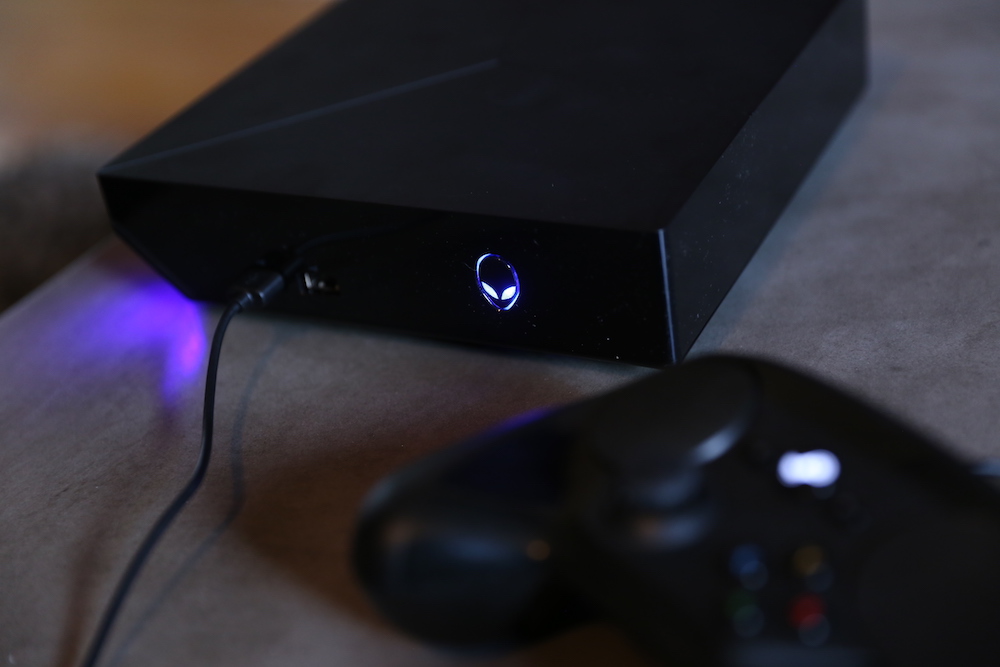 A few years back, Alienware and Valve set out to change PC gaming as we know it. The idea was simple: reinvent Steam for the living room, thus the Alienware Steam Machine was born.

I’m happy to announce that I am one of the lucky few who got their hands on an Alienware Steam Machine early. But before I get into the unboxing, let me tell you a little bit about the machine and what you can expect.

If you play games, then you probably aren’t a stranger to Steam and their library of over 4500 games. The Alienware Steam Machine runs on SteamOS, a new operating system created exclusively for Steam; unlike its brother the Alienware Alpha, which runs Windows 8.1. This has its ups and downs, as Windows has far more games available than the Linux-based SteamOS. However, there are more than enough SteamOS ready games; 1500 and counting. To look on the bright side, SteamOS technically has more native titles than what Xbox One and PS4 have combined. Not too shabby.

Alienware is offering the Steam Machine in four different configurations, ranging from a dual-core i3 with 4GB RAM and a 500GB hard drive to a quad-core i7 with 8GB RAM, 1TB HDD, and an upgraded Wi-Fi card, all built with a high performance NVIDIA® GeForce® GTX GPU 2GB GDDR5 graphics card. The unit they sent to review is the Core i3 model with 8GM RAM and a 1TB hard drive. At $549 retail, this is sure to be one of the most popular configurations.

Note: The CPU, hard drive, memory, and wireless card is upgradeable. Best of all, upgrading them yourself won’t void your warranty.

Here’s what comes inside the Alienware Steam Machine box. The top of the Steam Machine box For scale, you see how tiny and compact the Steam Machine is in comparison to the Steam Controller The Steam Controller is unlike any console controller I have used before. The right pad acts as a mouse / trackpad. The back of the Steam Controller, showcasing how the batteries are inserted.

It’s easy to distinguish between an Alienware Alpha and an Alienware Steam console by its corner. The Steam Machine features the classic Steam logo us gamers know and love. Back of the Alienware Steam Machine A fairly dark photo showcasing the Alienware logo glowing in all of its glory. I should mention that the front two inputs are USB 2.0, unlike the back which features USB 3.0. A console these days will run you a few hundred dollars, which is why Alienware wanted to price the Steam Machine competitively, and be comparable in cost to small form-factor PCs. The configurations run between $449 to $749 USD.

With its ability to play up to four players in multiplayer, the Alienware Steam Machine easily becomes the ultimate living room and party accessory. In fact, I plan on throwing a little gaming party next month to show-off the system and will be featuring a pretty sweet giveaway. If you need more Steam Controllers (one included) for multiplayer, you will be able to purchase additional online or you can pair any Xbox 360 controllers you might have lying around. I will be doing the latter.

Stay tuned for a more in-depth Steam Machine review after I get some more time with it. In the meantime, go visit AlienwareArena.com and get even more of a first look at the Steam Machine before its made available on November 10th, 2015. Track the conversation on Twitter by following @JoesDaily / @Alienware and using the hashtag #AWSMFirstLook.

Disclaimer: Alienware sent a Steam Machine for me to review at no cost. However, as always, all opinions are my own.