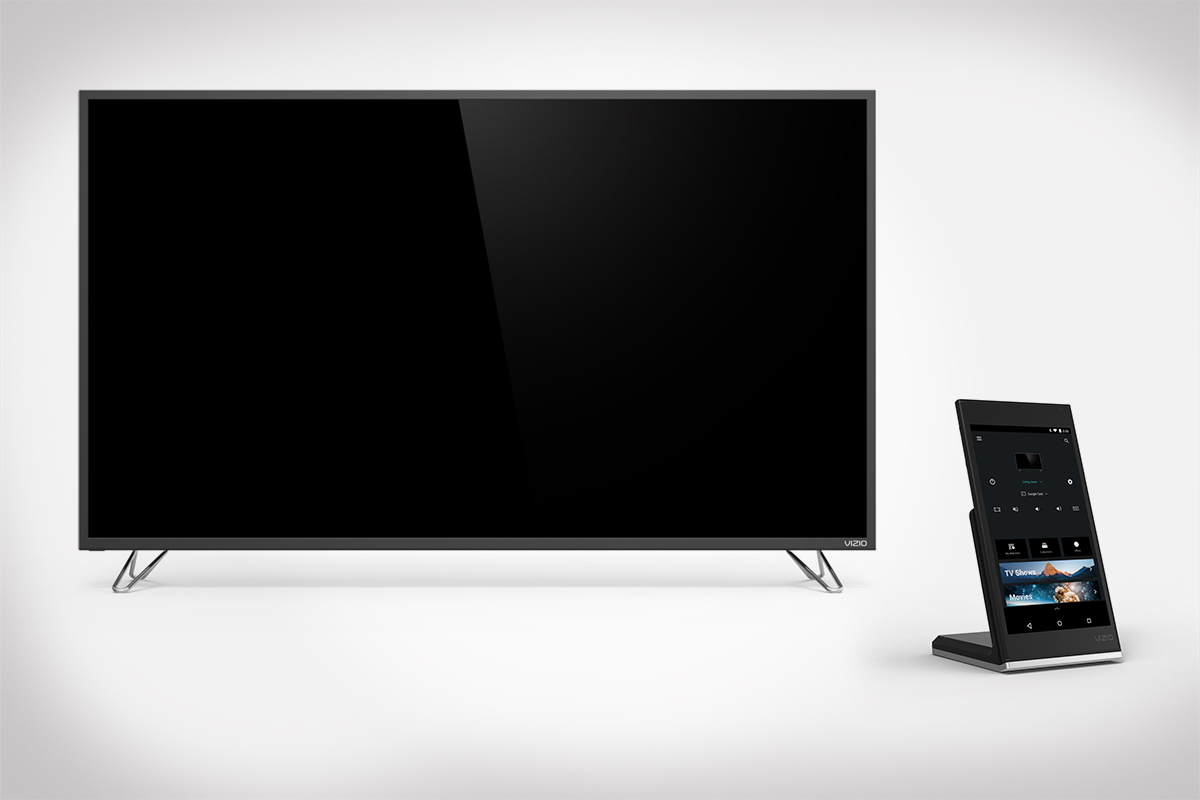 The SmartCast M-Series Has Reignited My Love for VIZIO

Disclosure: VIZIO sent us the SmartCast M50 to review. All opinions are my own.

Real confession: I have a super special little place carved out in my heart just for VIZIO. You see, the birthday before I officially moved out, my parents surprised me with a 28” VIZIO, so it was the first TV I had on my own. I guess, despite being a bit frugal, even they knew it might be cruel to send me off with the old family television (one of those clunky standard definition boxes that you actually had to bang on to stop the screen from flipping, AND know precisely the right angle and number of attempts required to get it to turn on and off). Though it definitely isn’t anything impressive by today’s standards, I loved that TV. Six addresses, thousands of miles, and countless viewings of Fringe and The Big Lebowski—that thing was there for me. Unfortunately, when the time came to move in together, my fiancé’s televisions could have easily eaten mine so I had to let my little buddy go (don’t worry, I donated him…I’m not a monster). Needless to say, when the VIZIO SmartCast M-Series showed up at our door, I was kind of nostalgically stoked.

Of course, after ten years, it’s no surprise that it’s really just the brand and the fact that they both have widescreens that the two TVs have in common. In all honesty, the new VIZIO is a magnificent beast compared to the one I used to have. First off, the screen-size options are a bit larger at 50”, 55”, 65”, and 70”. Secondly, it’s a smart TV. It’s not really a secret that there’s been a steady migration of people moving from cable and satellite to simply streaming the vast majority of what they watch. Personally, I haven’t had “normal” television for at least five years now. The VIZIO SmartCast M-Series was created with exactly this in mind. It has Chromecast built right in, can be controlled with Google Home, has its own app, and comes with a pretty cool 6” Android tablet remote with wireless charging station (not going to lie, was really excited about this feature). So. Yeah. It’s a little bit more high-tech. As for the picture, it’s safe to say they’ve made some noteworthy advancements there as well. This VIZIO has superior LED backlighting, resulting in gorgeous high definition resolution that supports Dolby Vision’s vivid experience. The 2160p HDR gives the picture quality fantastic brightness, amazing contrast, and mesmerizing color. Between that and the 120Hz refresh rate, whatever it is you choose to watch it should feel like you’re actually there (probably better). Speaking to sound, the television boasts two 10W speakers and DTS Studio Sound. Connections for your home theater are done via high-speed HDMI, so everything you hear will be as awesome as what you see.

With all of these amazing specs I think it’s quite clear that I’m going to wind up as attached to this new VIZIO as I was to the old. If it serves me half as well as my first, I definitely wont have any issue with it.

If you’re interested in snagging one of these beauties for yourself, the VIZIO SmartCast M-Series 50” starts at the totally affordable price of $649.99.