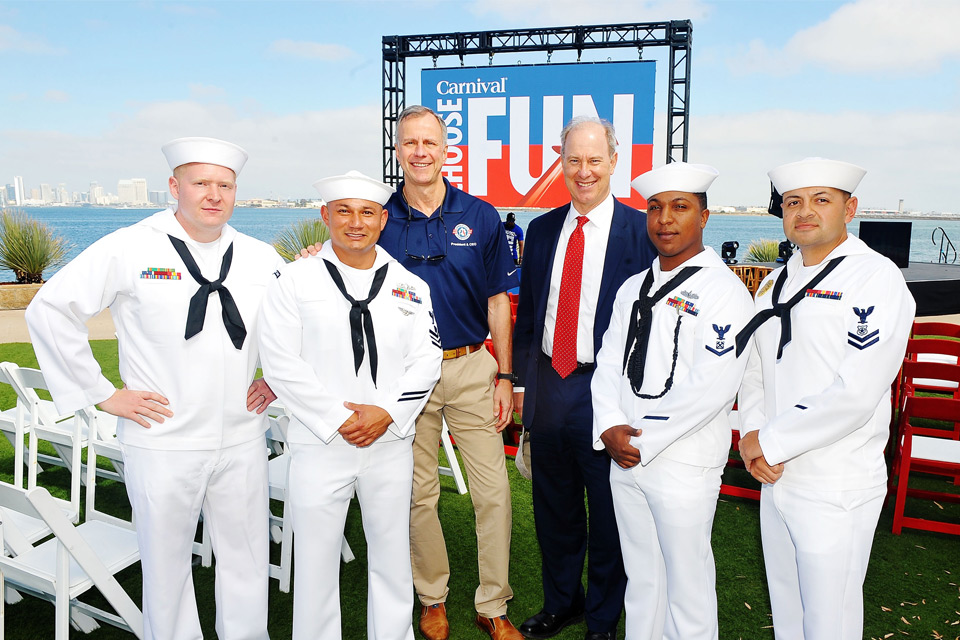 If you’ve ever been on a Carnival Cruise before, then you might have noticed that there are quite a few active and retired military onboard. You can usually spot them from the hats that they wear. This actually isn’t a surprise seeing as though Carnival Cruise Line carries more military than any other cruise line.

Last week, Carnival partnered with Operation Homefront to host “Humor for Heroes” at Naval Base Point Loma in San Diego to honor the men and women of the Armed Forced. The event featured stand-up comedy performances, BBQ, fun activities and more! 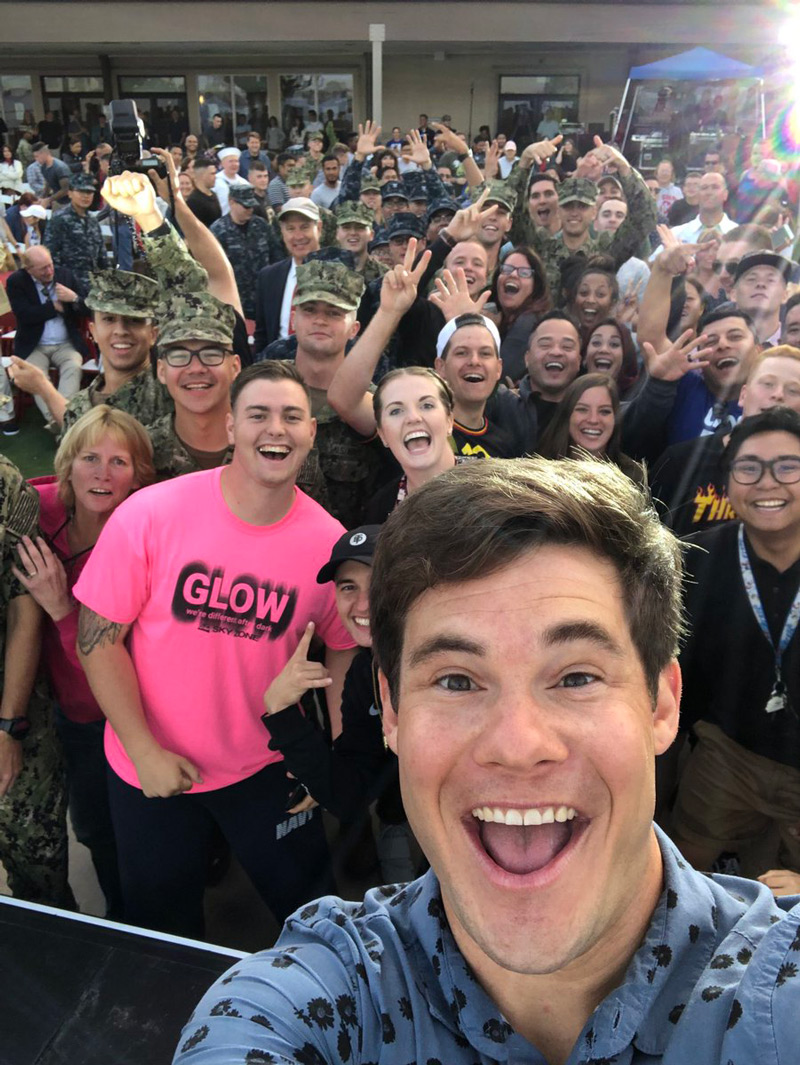 “Workaholics” star Adam Devine, with the help of two comedians from Carnival’s Punchliner Comedy clubs, kept the crowd of 500 service members and their families laughing throughout the show.

“Honoring the military and thanking them for all they do for our country is something that’s very important to me. It was a great experience performing at Naval Base Point Loma and giving back to those who protect our freedoms each and every day.”

In addition to the “Humor for Heroes” event, Carnival Cruise Line donated $25,000 to Operation Homefront as a way to honor their long standing partnership to the organization who helps build strong military families.