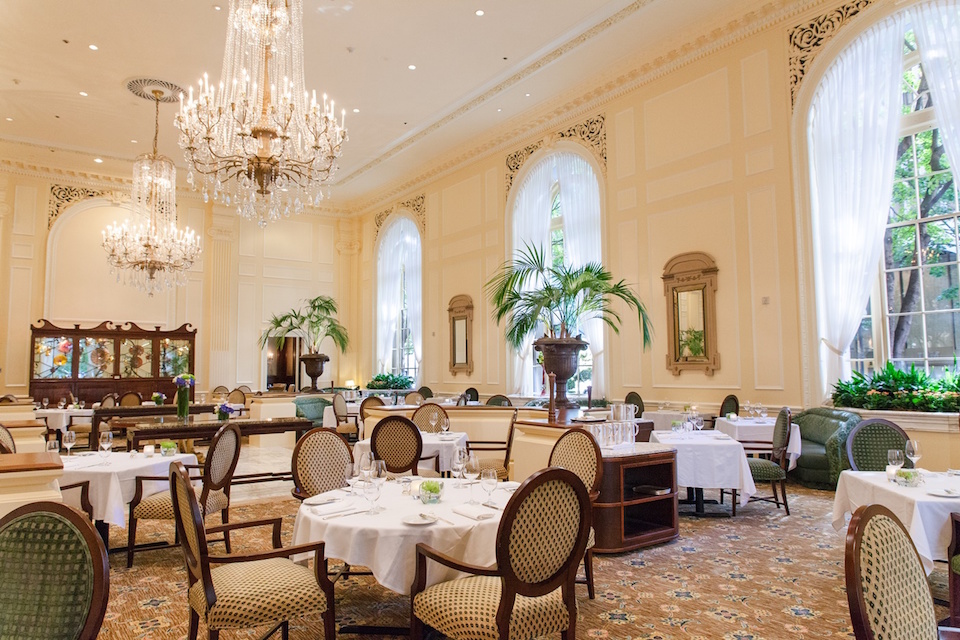 During a recent stay in Seattle I was invited to dine at The Georgian Restaurant in the Fairmont Olympic. More specifically, the Georgian Room, along with a few other media. Casey, Fairmont Olympic’s head of PR, greeted us at the hotel’s entrance and walked us into the The Georgian restaurant, which I must say is quite breathtaking. 2015 is The Georgian’s 25th year rated as a AAA 4 Diamond restaurant in Seattle. The restaurant features French-inspired Northwest cuisine prepared by Executive Chef Gavin Stephenson, who was kind enough to come speak with us before sending out plates of his delicious creations.

The evening’s menu curated by the chef was Morel Mushroom themed. I can’t say I’ve had a morel mushroom before that night, but can assure I’m now a fan. See the entire 5-course meal below:

Massive Prawn and Crab Cocktails – Unfortunately, the photo I got of this doesn’t do it justice. Sitting on top of a large ice block was some of the biggest prawns I’ve ever seen. And the other, well the crab was just perfect. Pinot Noir Stained Wild Columbia River Spring King Salmon – This may have been one of the best salmon dishes I’ve ever had. It had a certain quality to it; fresh-from-the-sea perhaps? Something we unfortunately lack living in Los Angeles.. cough, cough — Japan!!

Morel Gnocchi with Celeriac Puree and Flowering H2O Cress – Not much to say about this besides yum. The morel gnocchi was a perfect pairing to go alongside the fresh salmon.

Savory Brie and Morel Macaron – This may have been one of my favorite courses that evening. Not that everything else wasn’t delicious, but the thought of having a savory macaron didn’t quite cross my mind until that night. Just a few weeks before I was in Paris eating boat loads of these tasty little treats, but nothing like this.

Next time you’re in Seattle be sure to check out The Georgian Restaurant inside the Fairmont Olympic. You won’t be disappointed. To see what The Georgian’s dinner menu looks like, click here.