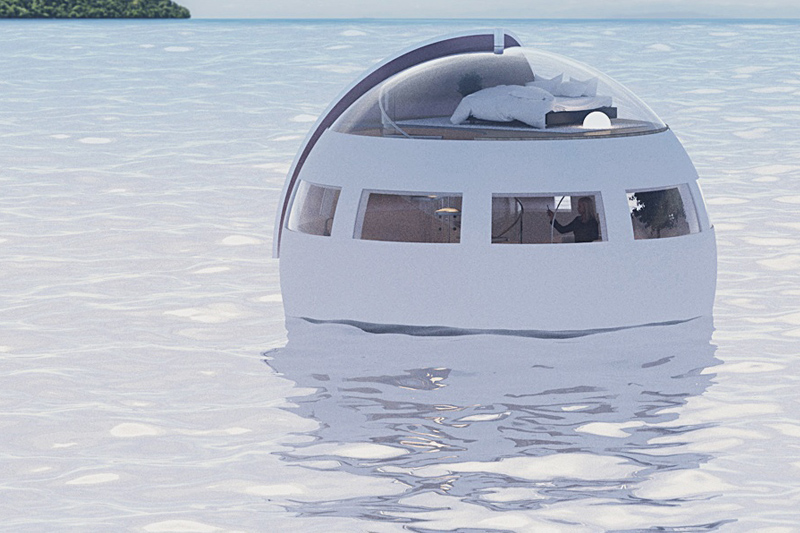 Drift to a Deserted Island Overnight in This Floating Hotel Room

Japanese Dutch-themed park Huis Ten Bosch will be releasing a new attraction at the end of this year, and it looks equal parts epic and terrifying. It’s a two-story floating hotel room that gently drifts you along on an overnight journey to a deserted island. Okay, that last part might have been a bit dramatic. The 39,000 sq-meter isle is only located about 4 miles away from the main park. And, though it is currently uninhabited, Huis Ten Bosh has said that they have plans to build new adventure-type attractions, over the whole thing.

As for the hotel rooms themselves, I have to admit that they look pretty amazing (despite my generally strong claustrophobia). Though there aren’t many pictures available for reference, they appear to be spheres with a living area on the bottom floor, and a sleeping area above. With a transparent top, I can imagine it will offer a gorgeous nighttime stargazing experience as unique as the capsule itself.