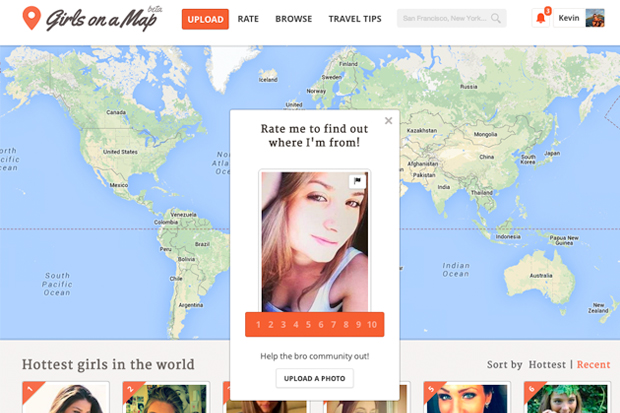 What Country Are You Most Likely to Have a Vacation Fling? GirlsOnAMap.com Claims to Help

A new site launched by some guys from Rio De Janeiro and California (as if they weren’t lucky enough) lets users rate random girls, then suggests world travel destinations based on your highest ratings. GirlsOnAMap.com also allows users to rate the “approachability” (aka “promiscuity) of women in those countries and the best ways to engage with them when traveling.

“As a frequent traveler, I always debate with other bachelors on where in the world are the hottest girls and what might help break the ice with them when traveling,” said Kevin Leu, founder of GirlsOnAmap. “The problem was there weren’t any sites where you could see what REAL girls look like – only glimpses of celebrities or models.”

Recently launched, the site lists Porto, Portugal, Sao Paulo, Brazil, and Rio De Janeiro as the “hottest cities.” On the city pages, users can also rate the Top 3 bars/nightclubs on every night of the week.

“When you’re traveling, the last thing you want to do is take a night off from partying,” said Leu. “There’s plenty of time to rest when you’re at work, married with kids, or dead.”

Well, I guess this site will help you avoid the embarrassment of choosing to vacation in Davenport, Iowa over Reykjavik, Iceland (http://www.girlsonamap.com/what-are-girls-like/iceland/capital-region/reykjavik)!