There is no better time to visit The Loire Valley Region than during the summertime. For 2019, in celebration of the 500th anniversary of the French Renaissance and as part of their annual summertime festivities, Loire Valley will be hosting a number of events perfect for the whole family. Such events will consist of numerous light shows, like the Châteaux illustrating history through light, gardens lit up with thousands of candles, and live music by the peaceful Loire River.

1. Illuminations at the Cathedral of Orléans (through August 31)

This year, a new spectacle dedicated to Joan of Arc will illuminate the grand cathedral. The show was created by students from GOBELINS, l’école de l’image in Paris, who spent a year learning how to bring graphics to life through movement. See an example of what to expect for the illuminations at the Cathedral of Orléans this August from their 2015 light show below.

Château Royal de Blois comes alive each summer to create a spectacular sound and light show to tell the unique history of the city. As one of the first sound and light shows created in a courtyard of a French chateau, this 360° immersive experience, which was recently revamped in 2018, projects history onto the façade of the château, bringing to life everything from François I’s lively Renaissance castle and Joan of Arc’s visit to the bloody assassination of the Duke of Guise. 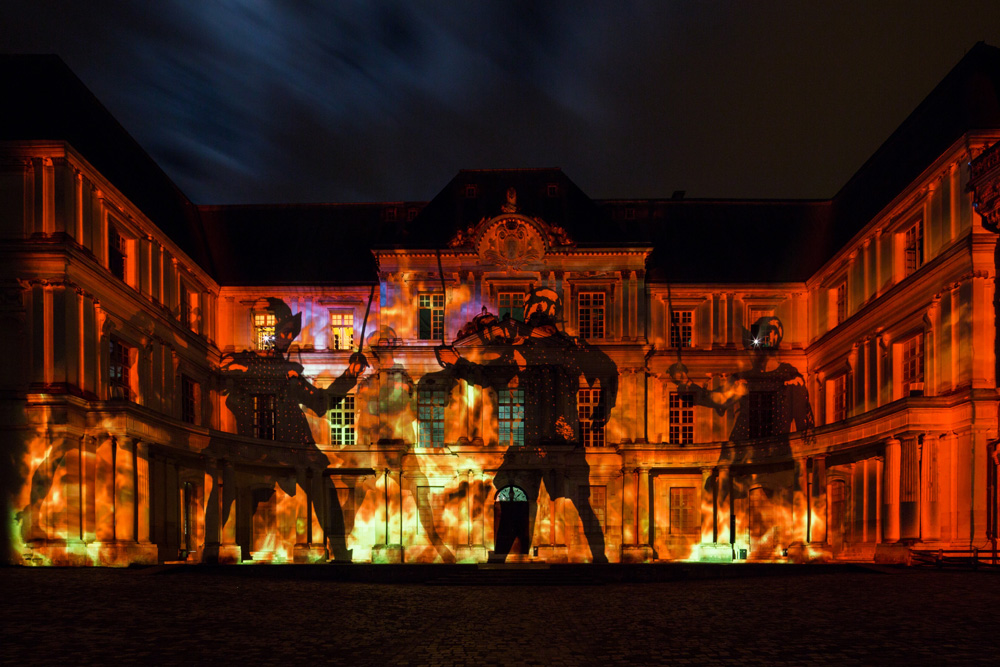 As night falls, Chaumont-sur-Loire’s gardens take on new dimensions thanks to this magical light show. 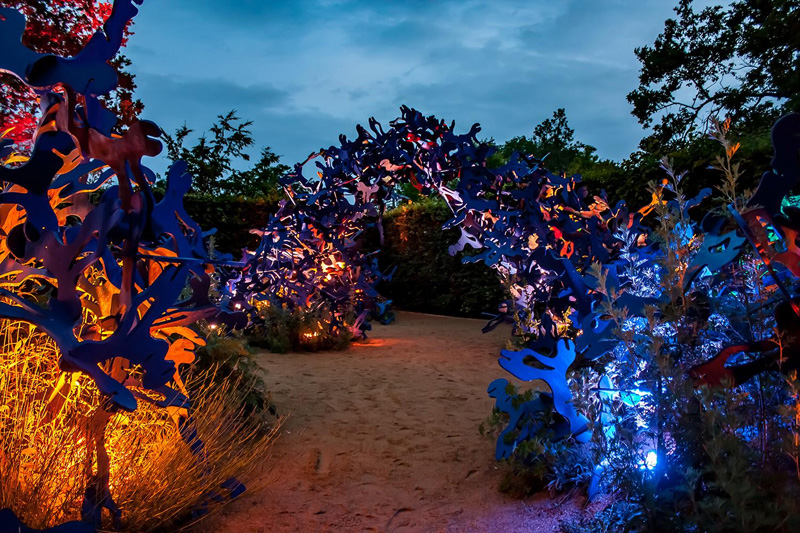 Gardens of Lights at Chaumont-sur-Loire

Château d’Azay-le-Rideau is offering a new evening sound & light show through its scenic park, inviting guests to stroll through the grounds illuminated by projections showcasing the artistic and intellectual effervescence of the Renaissance. 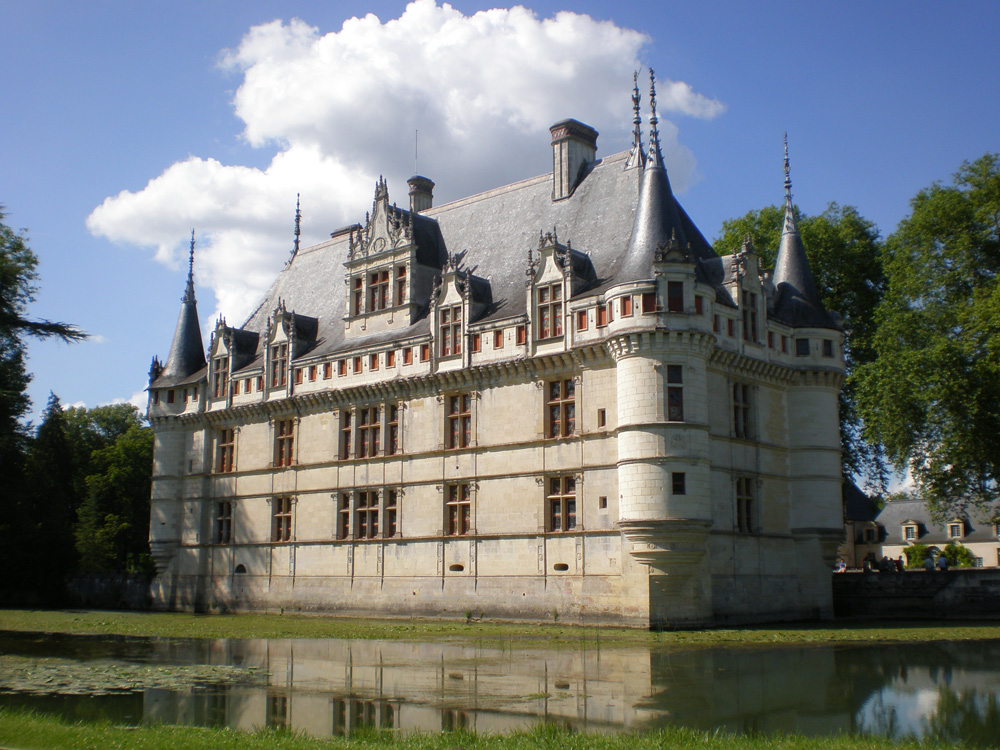 Over two weekends this summer, the gardens at the Château de Villandry will be illuminated by 2,000 candles. This year’s event will be themed around the Renaissance, offering fireworks, costumes, performances and more. 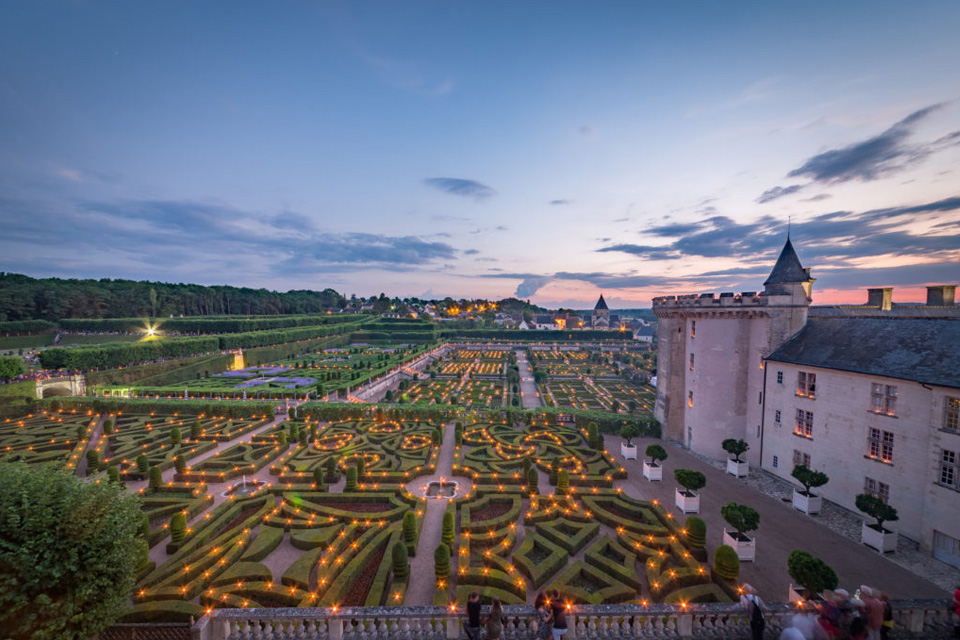 Nights of a Thousand Lights at Château de Villandry

For five nights in the summer, a number of performances–ranging from gypsy jazz to flamenco dancing to classical music–will liven up the Château de l’Islette. On July 17, a special Renaissance-themed exhibit from the students at the Bridgeview School of Fine Arts in New York will be also on display as part of their annual Art Camp. 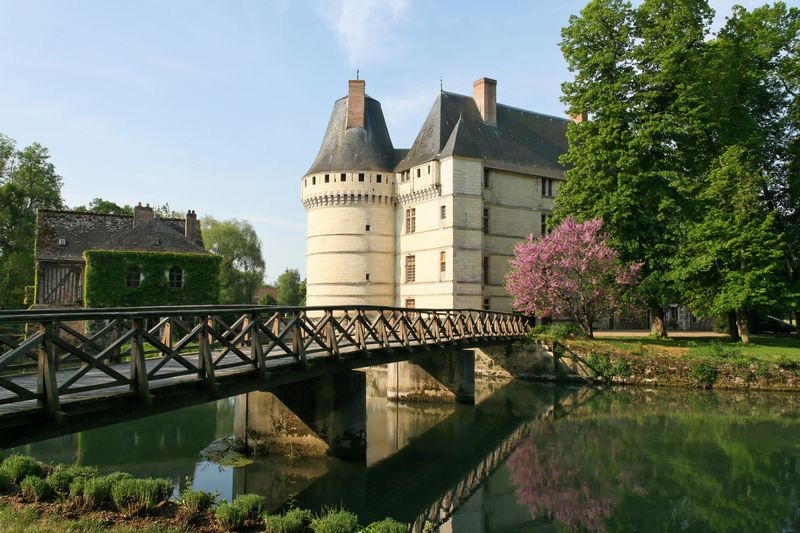 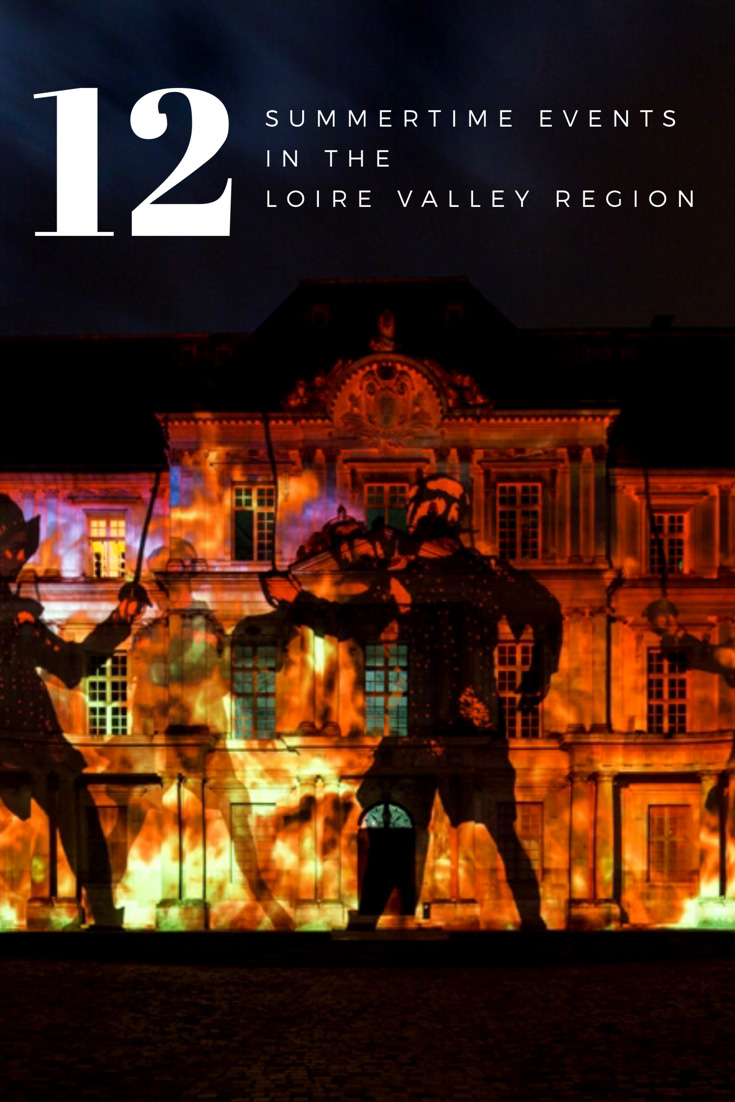 For three evenings, over 3,000 candles will light up the Château de Valençay and its gardens, accompanied by live performances combining opera with jazz. 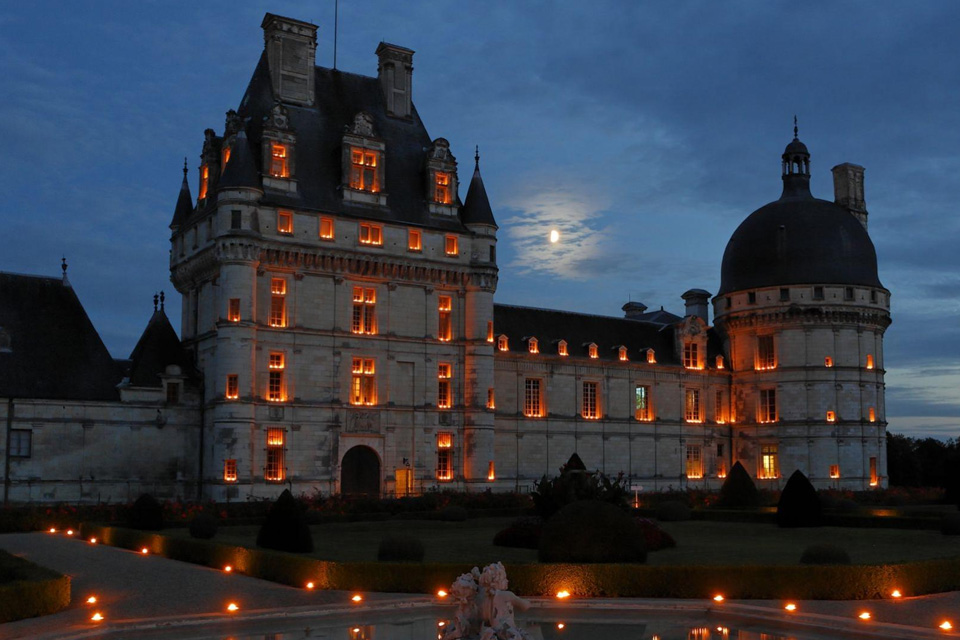 8. Evenings at the Guingettes in Loire Valley (all summer)

The region offers a vast number of open-air cafes, also known as guingettes, set up along the scenic Loire River, ideal for dancing, music, and socializing on a warm summer night. Popular guingettes can be found by the beach in Tours sur Loire, in the UNESCO World Heritage Site of Lulu Parc, or in the middle of the woods in la Baule.

In celebration of the 500th anniversary of the French Renaissance, Loire Valley will host some 500 events throughout the region. Here are a few of those highlights:

For eight evenings throughout the summer, an incredible new spectacle combining live performances with digital creations will take over eight different locations in the Loire Valley region. This unique creation will tell the story of the French Renaissance by bringing buildings and landscapes to life using the latest AV technology and interactive installations to create a truly one-of-a-kind immersive experience. The event’s name, “Pol’Occhio,” meaning “open the eye,” is a saying that Da Vinci’s grandfather used to tell the young artist, inspiring him to open his mind to the world. Events will take place on August 2 in Châteauroux, August 9 in Bourges, August 16 in Chartres, August 23 in Orléans, August 30 in Blois, September 6 in Chambord, September 13 in Tours, and September 20 in Amboise. 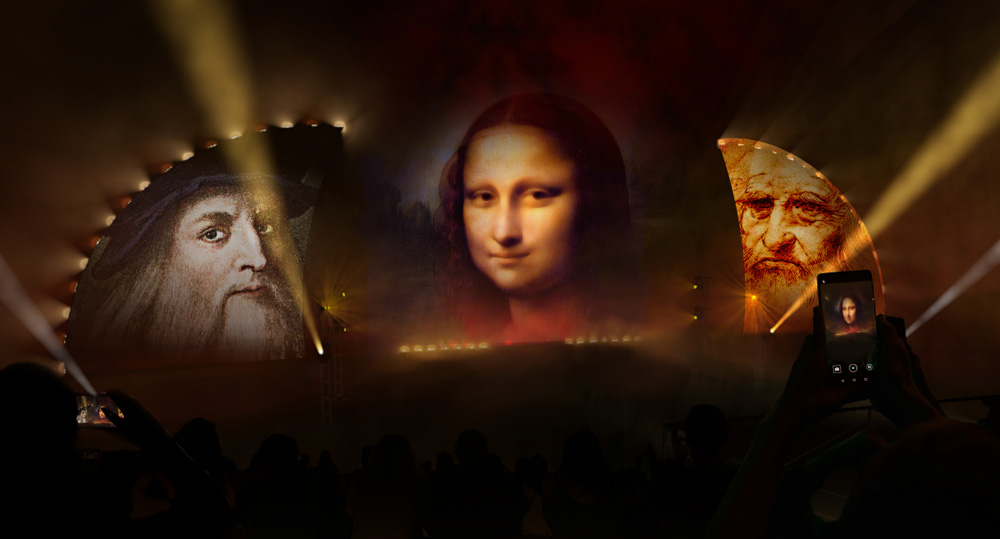 The Château of Chambord is presenting an exceptional retrospective of nearly 150 works, manuscripts, drawings, tables and models to retrace the history of Chambord. Also presented will be 18 projects from architecture studios at the world’s top universities to recreate the architectural utopia of Chambord. Find more information here.

To mark the anniversary of da Vinci’s death at the Château du Clos Luce on May 2, 1519, a tapestry interpretation of The Last Supper will be on display at the château, presented in partnership with the Vatican Museums. This will be the first time since the 16th century that this 16-foot-high and 30-foot-long tapestry will be shown outside of the Vatican. Find more information here.

12. Exhibition “Ludovic Sforza: A patron in the dungeon” (through September 15)

The Duke of Milan, Ludovico Sforza “il Moro” (1451-1508), a great patron of Leonardo da Vinci and sponsor of The Last Supper, will be honored at the Royal City of Loches through an exhibit of several artworks illustrating his personality, as well as retracing his role in developing a new art. Find more information here.

About The Loire Valley region of France

The Loire Valley spans about 174 miles and is located in the middle stretch of the Loire River in central France, in both the administrative regions Pays de la Loire and Centre-Val de Loire. Due to its abundance of vineyards, fruit orchards, artichoke, and asparagus fields, The Loire Valley region is often referred to as the Cradle of the French and the Garden of France. The valley has been inhabited since the Middle Palaeolithic period and in 2000 was added by UNESCO to the list of World Heritage Sites. I for one will be planning a visit there to sample their wines and photograph their historic towns and architecture.