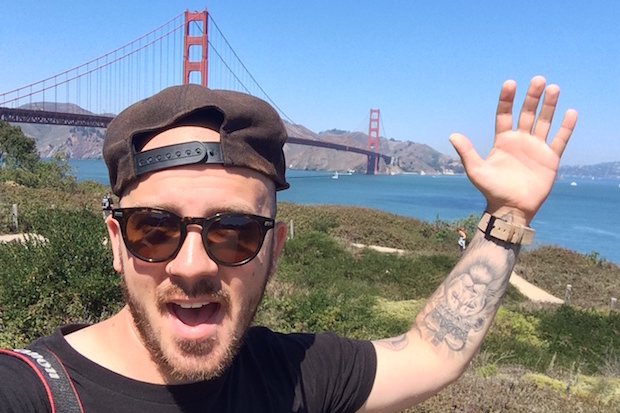 Malibu Rum UK Sent Me on My #BestSummerEver

When Malibu Rum UK asked me what I would scratch off my Summer Bucket List if given the chance, the options were overwhelming. I’m sure that most of us watch the years roll by without making many marks on these lists at all. After thinking for a bit I came up with skydiving. This is definitely something that has always been on my Bucket List in general. The only issue is that the experience is so short (relatively speaking) that it wouldn’t leave me much to share with you. Plus, I wanted to do something exclusive to the part of the world I live in. Bearing that in mind, I grabbed some Starbucks, hopped in my car, and headed for Napa Valley to begin my #BestSummerEver.

The drive itself was gorgeous, with California being such a beautiful state. I may have only been traveling through its southern half, but it was still pretty cool to watch the landscape slowly change from city to rural, and mountains to fields right before my eyes. Though it may have been a bit out of the way, I thought I’d take advantage of the fact that I was heading north and stop by Yosemite to see the sequoias. I was in a bit of a hurry to make my hotel reservations so the stay was short, but regardless of this fact it was still worthwhile. The amazing scenery and smell of the forest create an incredibly serene atmosphere. Next I was off to my hotel. There was a bit of a setback on the way. I had to reroute due to a forest fire. But all in all it was still a beautiful and interesting drive like before. I stayed at the Beazley House B&B Inn. Seriously, if you ever find yourself in Napa Valley, don’t bother to stay anywhere else. The owners and staff are incomparably helpful and friendly; my room was attractively furnished, complete with a huge whirlpool tub across from the fireplace; awesome gardens; sherry and chocolate chip cookies whenever you want them; you just need to go… Dinner was a caprese salad, fillet mignon, lava cake alamode, and a bottle of Storybook Zinfandel at the Napa Valley Bistro. This was, without doubt, the best meal I have had in a long time. Same situation as with the Beazley House: if you don’t go here at some point in your life, you will not die as happy as you could have. That’s just the truth. After dinner it was off to bed. I had a very early morning coming the next day.

My morning with Balloons Above the Valley started at the Oxbow Market at 6:00 AM, where I met my driver. From there we went to the Marriott where the other passengers were waiting. There was a quick Q&A over coffee and pastries and we were off! The flight was originally meant to be over Napa Valley but unfortunately it was too foggy that day. Instead we went to the next valley over which grows all kinds of plants. Some of which, we were informed, we do not even have names for in English.

The flight itself was amazing. It was so calm while we were in the air; the only sound you could hear was the occasional burst of the burner. Over the hour-long flight we went high enough to see for miles and miles around. Balloons Above the Valley

However, at one point, were also brought low enough that we literally brushed the tops of the corn stalks we were sailing above.

So, it was definitely not as adrenaline pumping as jumping out of an airplane, but undoubtedly thrilling in a much more tranquil kind of way.

After the flight I was taken back to the Oxbow Market for a quick champagne brunch before my Winery Tour driver arrived. There were 7 people in our group total (8 if you count our driver, which I would because he was awesome) and we all had a great time together. We went to 5 wineries total, my favorite being Grgich Hills by a large margin. We finished the day with a perfect alfresco lunch, exchanged information, and went our separate ways.

The final destination for my #BestSummerEver was San Francisco. I was pretty exhausted from the day of wine tasting and sunshine, so I grabbed a BBQ brisket with a side of mashed potatoes and gravy from Tommy’s Joynt and went to bed.

I started the next day at Pier 39. First I enjoyed a huge breakfast at the Eagle Café and then went down to see (and smell) the sea lions. Fueled up at Eagle Cafe before exploring Pier 49 The famous Sea Lions on Pier 49

I stayed and watched them for about 15-20 minutes or so. It was really funny seeing just how strong their individual personalities were. Some were so busy taking their naps that they couldn’t even be bothered with a flipper to the face, while others were so territorial they wouldn’t stand for another to even think about coming on the same dock as them. I have to say, even for the short time I was watching them, they delivered quite a show.

The last place I stopped before heading home was Fort Point to get some shots of the Golden Gate Bridge. It was a beautiful day and the view the trails had to offer made me really happy that I had chosen this place to end my trip.

I want to thank Malibu Rum UK for enabling me to mark some pretty amazing things off of my Bucket List in my #BestSummerEver. Without them this trip would not have been possible! Check out the Instagram Hyperlapse video I put together from the trip below: