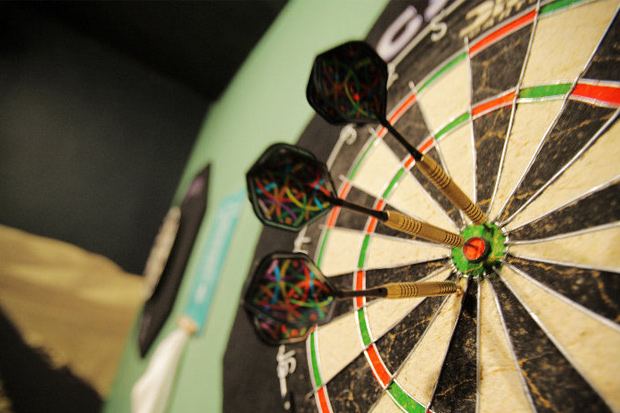 Must Play Bar Games From Across The Globe

There are some things in life you can’t beat. And sipping a Budweiser over a game of pool in a New York bar after a hard day’s work is one. As is a Guinness and a round of darts off Temple Bar. Or kicking back with an Ouzo and a Tavli match overlooking the Mediterranean.

No? Us neither, but there are a wealth of unusual bar games people play across the planet, from North America to South, and Europe to rural China, bringing together one common denominator, fun and cheer.

We take a look at all four corners of the globe and some of the most unusual bar games to drink along to.

Originating in South America, Cacho is a simple game involving five dice and a cup. Yet it can make an incredible amount of noise. Well, the players can. It’s a lively game with the aim to bluff your way to a highest score. Like poker you can raise, call, or spot on a player’s announcement to the amount of which dice are on display in a cup.

If called correctly, the previous player loses a lie, whilst players with an empty cup are out of the game. It’s certainly an exciting way to finish any stressful day. Across the other side of the world, played in the bars of Kathmandu and Lalitpur in Nepal, Bagh Chal is a strategic two-player board game played on a five-by-five point board. Featured on the bar games map by Full Tilt, the poker brand have even discovered an app for it for Android devices, meaning you don’t have to scale Everest to play.

The game sees 20 goats take on four tigers as one player tries to capture the opponent’s pieces. Said to have been created by Mandhodari, wife of Ravana it’s steeped in history and to this day is still one of the most popular games in the country. A popular amongst Danish students, Halv Tolv is the Scandinavian equivalent of Blackjack, but rather than 21, players must aim to score 11.5.

That doesn’t mean tearing one of your cards in half; face cards are worth half a point. Other rules to differentiate the two include discarding the number seven card if it’s face up, whilst be dealt the joker as a first card and the 11.5 points are all yours. It’s a game that can be spent playing for hours in the corner of a cosy Copenhagen bar. And regularly is too. Ship Captain Crew is an American classic. No it’s not a game that revolves around you putting together a navy, but a dice game in which you have to roll a 6, 5, and 4 in descending order to collect you guessed it, your ship, captain, and crew.

Once assembled the player then has to add the number of pips on the remaining two dice to make a score from their ‘cargo’. The player with the highest score at the end of the round wins. The losers, well, they have to head to the bar.