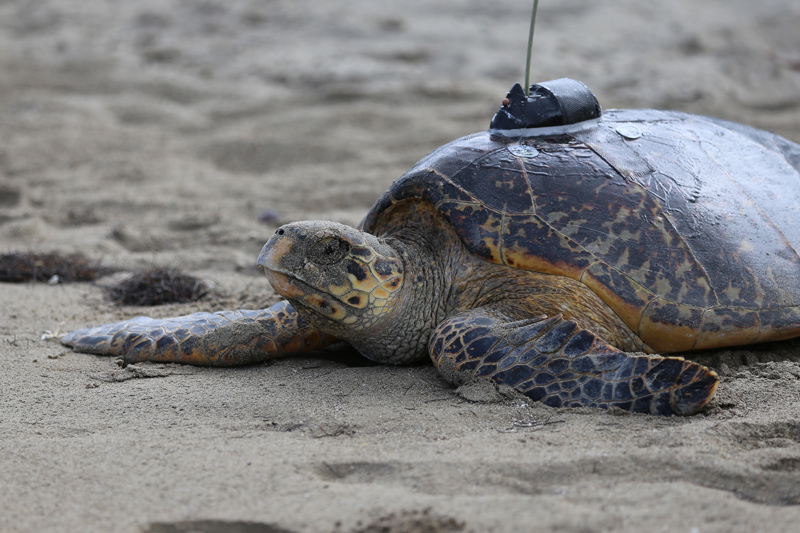 This year marked the 10th Annual Sea Turtle Weekend at Four Seasons Resort Nevis, and I was there to experience it. Not only was it my first time being introduced to the Sea Turtle Conservancy, and learn about their amazing mission, but it was also my first time visiting the wonderful Island of Nevis, which is now my favorite spot in the Caribbean.

From July 15-18, Sea Turtle Conservancy staff were on hand to educate Four Seasons Resort Nevis guests and Nevisian locals on Sea Turtle conservation. Some guests I had the pleasure of meeting flew in specially for this weekend in hopes of spotting a sea turtle or two.

See also: Four Seasons Resort Nevis Is Worth Visiting For The Monkeys Alone

Saturday evening, around 8:30pm, our media group joined resort guests and a few Nevisian locals for beach patrol. We got word that tracks have been spotted on a few of the surrounding beaches. The idea was to catch two turtles for our big release on Monday morning for Tour de Turtles, an initiative created back in 2008 by the Sea Turtle Conservancy. Sadly, we weren’t in luck. Though some did get to see quite the spectacle: Leatherback hatchlings on Lover’s Beach.

The hatching aside, our first night on beach patrol duty was a bust. We returned back to the beautiful Four Seasons Nevis empty handed, still with our heads held high.

On the next night, I shamefully must admit to being a little pooped and skipping out on Sea Turtle Sighting  night 2. The Sea Turtle Conservancy team and guests caught not 1; not 2; but 3 sea turtles. Since they only needed two for the Tour de Turtles release on Tuesday morning, they decided to release the third and take the other two back to the resort; safely by truck.

In case you were wondering, yes, the turtles were named.

To see the journey Sundrop and Sylvia are making, and how they compare to the other 12 turtles, visit TourdeTurtles.com.

The day of the release was a special one. Nevis government officials, Nevisian locals, hotel guests and employees all showed up on the beautiful sandy resort beachfront to watch Sylvia and Sundrop make their way back into the Caribbean sea. Enjoy my photos from the release below.