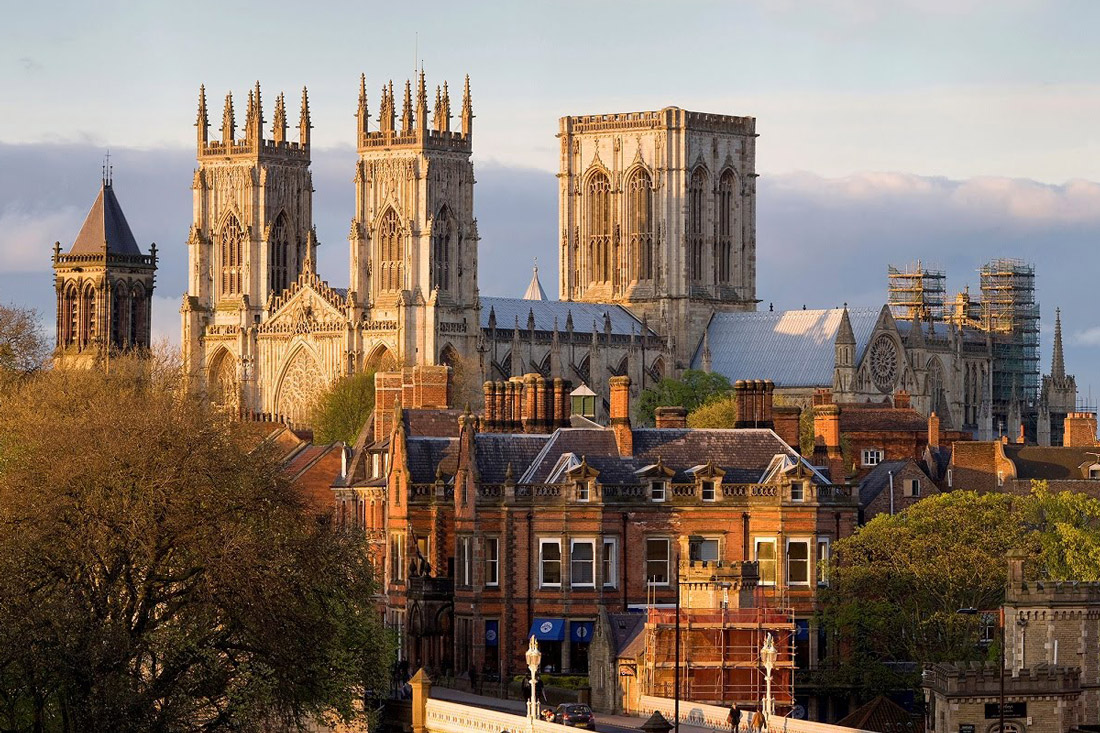 Things to Do In: York, England

A trip to England wouldn’t be complete without a proper visit to York. It’s just a two-hour train ride from London’s Kings Cross Station and the perfect backdrop for couples, families or solo trippers looking to immerse themselves in some of England’s rich, ancient history.

As a York first timer, I was eager to experience first-hand all that the historic city had to offer. Luckily for me, Visit Britain put together quite the itinerary (see below) for our group, including visits to actual locations where PBS’ Victoria was filmed.

Before getting into my York experience, I would like to make mention of our wonderful hosts in London. Our journey began with a flight to Heathrow Airport via Norwegian Air (routes at the end of the post), followed by a three-day stay at the brilliant, historic, unforgettable Milestone Hotel. Both worthy of some recognition for how well they took care of us. Perhaps add them to your list before planning your trip to York.

Alright, now into Things to Do In York!

Where to Stay: The Principal Hotel Just a few steps from the train station sits The Principal Hotel. With views of the Minster, it’s the perfect place to rest your head after a day exploring the city of York. Inside you will love the 155 elegant rooms recently refurbished by the award-winning architects at Goddard Littlefair.

Editor’s Note: Whether you’re there for work or pleasure, you will love the free 100mb down, blazing fast Wi-Fi throughout the hotel.

Where to Refuel: Bettys Afternoon tea, anyone? If you have a hankering for a proper scone and little finger sandwiches, you have to pay a visit to 1 of the 6 Bettys in Yorkshire.

In 1919, Frederick Belmont opened his first Café Tea Room and named it Bettys. No one is really sure why he chose the name, but it’s one you will never forget. From the moment you walk in you are transported back in time to the simpler days; when afternoon tea was a daily ritual. When you go, don’t be surprised by the line outside the door, because that’s just another day at Bettys.

Our afternoon tea took place in the Belmont Room at the Bettys in the St. Helen’s Square location. Their selection of scones, sandwiches, cakes, and appetizers was to die for.

Where to Shop: Shambles Market

If you’re looking for a great place to shop with the locals in the heart of the City of York, make sure you visit the Shambles Market. This vibrant marketplace is packed with a variety of produce, crafts, and unique merchandise.

Open seven days a week starting at 7am, the Shambles Market features 85 stalls offering a diverse selection of goods, with street food and free Wi-Fi.

What to See: Castle Howard

A trip to York wouldn’t be complete without a castle visit. Our first stop was at Castle Howard, where the interior and bedroom scenes of PBS’ Victoria was shot and Queen Victoria herself visited.

At the time of our private tour, the castle was closed to the public, but I believe has opened since. Next time I visit I plan on having afternoon tea there. Here are a few photos I snapped during my tour:

SWIPE LEFT: Had a really neat private tour of #CastleHoward. If you’ve been watching @MasterpiecePBS’ Victoria, you might recognize a few of these rooms. They shot the first 20-minutes here. #OMGB #York – #FunFact – This is also the location where Queen Victoria received word the King had died; making her the new Queen. #JoesDailyInEngland

Where to Drink: Trembling Madness If you want to feel like a local, pay a visit to the Trembling Madness (or Delirium Tremens) and grab yourself a pint. This well-known pub has been around since 1180ad, and was the first Norman House built in York. Inside you will find the walls decorated with hunted and killed animals from over a century ago, and a store with more than 5,000 products to choose from. They boast one of the widest range of craft ales in all of the UK. A must visit when you’re in York. Where to Eat: Cut & Chase Come for the delicious food and crafted cocktails; stay for their masterclasses. Cut & Chase features an industrial chic layout, with the trendy cocktails and creative dishes. At the time we were there visiting, I had a bullet proof inspired cocktail, and it was delicious! What to See: Harewood House Continuing with the theme of our trip, the Harewood House was next on our list of historic places to visit. The PBS Victoria crew made Harewood one of their key locations during their many winter months filming series one. They just so happened to be wrapping season 2 at the house a day before we arrived for our private tour, so we got to see a bit of the cleanup.

During our tour, we had the unique opportunity to see a behind the scenes preview of the Victoria Costume Exhibit before it opened to the public. Currently open through October 29, 2017, the exhibit features outfits worn in the series, alongside a unique look at what it took to film in a grand house like Harewood. There are so many great things to do in York, and I hope my suggestions get added to your list of to-dos for your next trip to England. I’m excited to head back there and revisit the cobbled streets once more and experience all of the places I missed. Perhaps a second Things to Do In York: Second Edition will follow.

For even more inspiration in York, I recommend you check out Visit York online.

Norwegian Air offers numerous affordable flights to Europe from throughout the United States. Find a list of their latest routes below: