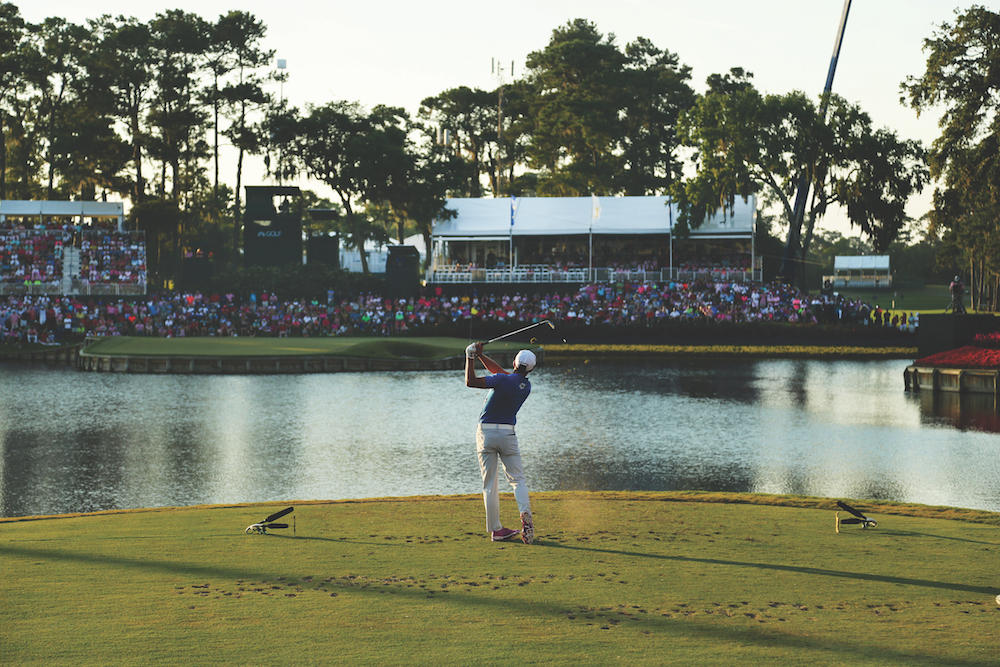 Things to Do Outside of THE PLAYERS Championship in May

If you’re a serious golfer, then you already know about TPC, aka. TPC Sawgrass, home of THE PLAYERS Championship. Some might even have plans this May to head down to THE PLAYERS Championship to catch a glimpse of their favorite golfer teeing off at the infamous 17th hole at TPC Sawgrass. But what about after the tournament? Do you just head on home or do you stay awhile and discover things outside of the prestigious event? I was looking to investigate the latter.

My trip took place in January, with over 100 days out until THE PLAYERS took place. While in Jacksonville, I had the pleasure of taking a private tour of the TPC Sawgrass course and their beautiful club house. We even got to step foot into the champions of past private locker room, a place where current non-champions are too superstitious to even step foot in before winning THE PLAYERS Championship. Of course I snapped a photo of Tiger Woods’ locker. So, what exactly is there to do before or after THE PLAYERS Championship? A lot!

Our first stop was to the historic city of St. Augustine, a place primarily built by billionaire tycoon, Henry Flagler. From the Sawgrass Marriott in Ponte Vedra Beach (our hotel) to St. Augustine, it was roughly a 40-minute drive. A great place to spend the day when you’re in town for THE PLAYERS Championship in May. Here are a few things we did:

The Castillo de San Marcos is the oldest masonry fort in the continental United States. It’s located on the western shore of Matanzas Bay. Inside the fort you will learn all about its history and how it came to be. What I found most interesting is actually what was right outside of the fort back in 1895. The St. Augustine Golf Club was a three-hole course, later expanding to a nine-hole. The photo below was taken in 1902. Below are a few photos I took of Castillo de San Marcos during our tour. Across the street from the Castillo de San Marcos is the St. Augustine Pirate and Treasure Museum. Owner and self-proclaimed pirate junkie, Peter Croce moved the museum to St. Augustine after a successful five year run in Key West. A fitting place to have a museum, as Sir Francis Drake and Robert Searles both frequented St. Augustine and the Spanish fort. I’ve visited a lot of distilleries, and I’ve yet to visit one that is run as a collaborative business. That is until I stepped foot into the St. Augustine Distillery. 28 locals of St. Augustine signed on to help build their dream distillery, creating small batch spirits that are up to snuff with even the most premium brand names.

If you have time, make sure to take one of their free tours. Their gift shop alone is worth the visit. I won’t lie and say I wasn’t a bit skeptical about visiting a lighthouse. I’ve always thought them comparable to the hobby of collecting coins. Just not my cup of tea. The St. Augustine Lighthouse and Maritime Museum was actually quite interesting. There’s a rich history surrounding it, much like the rest of the city. During a tour we learned of their dedication to discovering, preserving, and presenting their finds at the Nation’s oldest port. I even huffed it all the way to the top to enjoy the beautiful view, as well as gain appreciation for the man who single-handedly hauled a bucket of oil to the top multiple times a day. If you haven’t gotten the picture yet, St. Augustine is an amazing city to visit while you’re in Florida for THE PLAYERS Championship. There are lots to do whether you’re in town with your friends or your family.

A big thanks to THE PLAYERS for the trip to Florida and letting us explore your amazing club house. Stay tuned for more coverage of TPC and other golf articles surrounding the tournament in May.