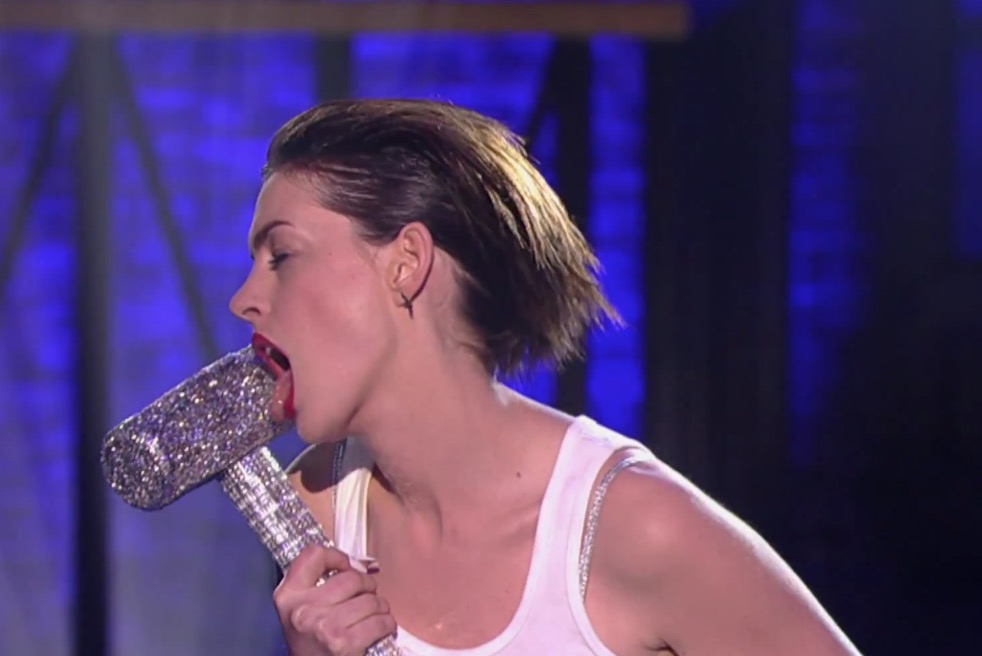 I wasn’t aware of this Lip Sync Battle show on Spike until I caught the headline, “Anne Hathaway destroys Emily Blunt in Lip Sync Battle.” If that headline doesn’t sound intriguing, I don’t know what would. Perhaps adding the element of Hathaway singing Miley Cyrus‘s ‘Wrecking Ball’, and absolutely killing it!

Watch the entire Lip Sync Battle between Emily Blunt and Anne Hathaway below. And if you’re eager like I was, jump to 2:17 on the video to see Anne Hathaway rock it on a wrecking ball.