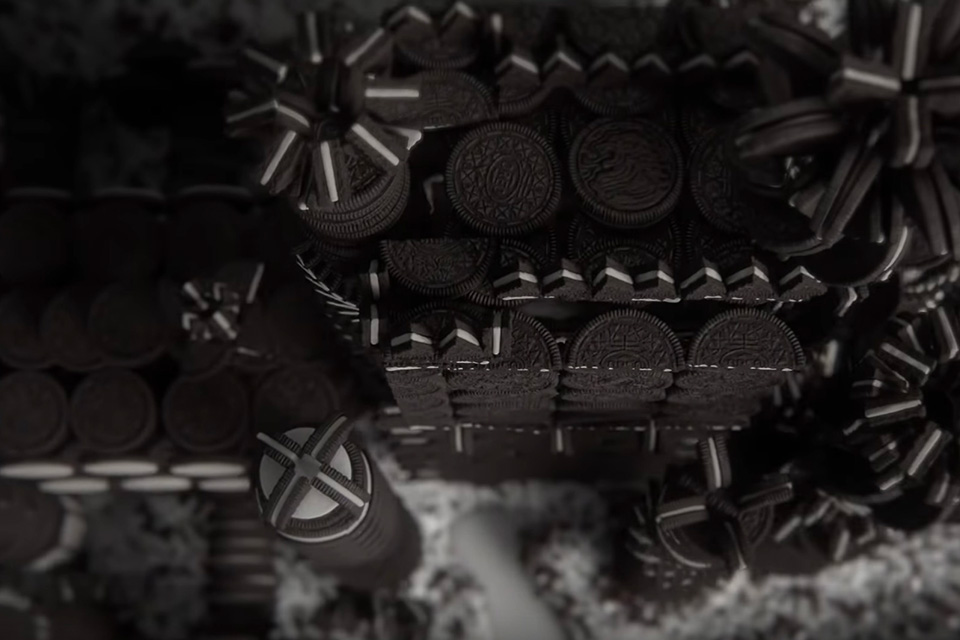 The final season of Game of Thrones is quickly approaching and, with it, also comes the final chances for brands to use the megahit series to their advertising advantage. Making sure to not squander the precious opportunity, Oreo paired up with creative agency 360i and production company Elastic to recreate the amazing opening credits from the show using their limited edition Game of Thrones Oreos.

If the video looks spot-on, that’s because Elastic is actually the same company that put together the original title sequence for the show. Using 2,750 cookies—each depicting the sigil from House Targaryen, Lannister, Stark, or the Night King—the trio has produced a scene that, personally, makes me equally excited for next Sunday and really hungry for some Game of Thrones Oreos. Honestly, this is probably one of the best advertisements I’ve seen in a while as far as success goes. I don’t know about you, but I know what I’ll most likely be eating when I sit down to watch the GoT final season premiere.