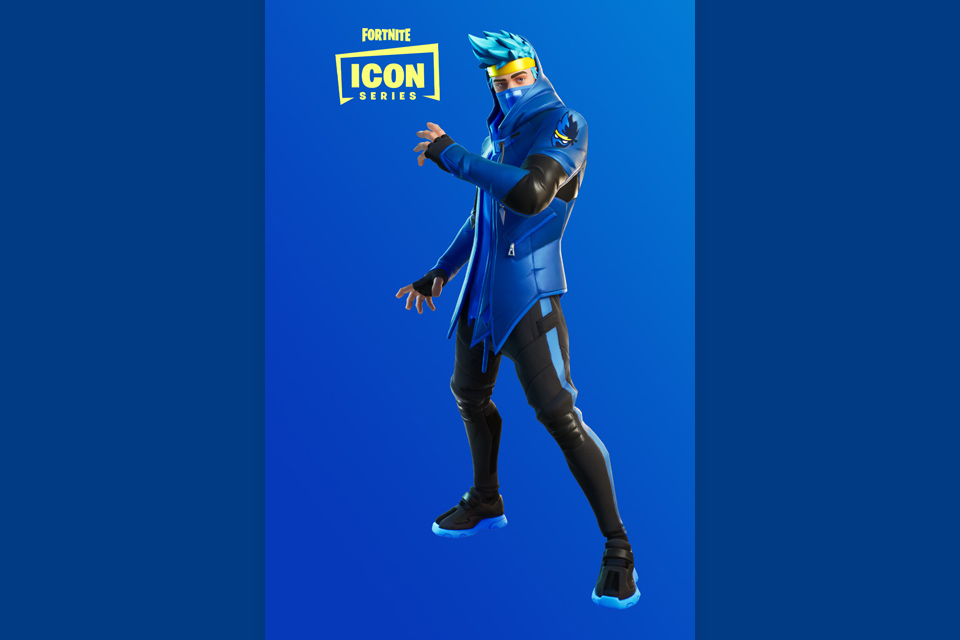 Ninja Finally Gets His Own Skin in Fortnite

Big news for Ninja, the blue-haired streamer who dominated 2019 with a plethora of big announcements. Today, in what might be the biggest announcement since his Ninja x adidas Originals Nite Jogger ‘Time In’ sneakers last December, Fortnite has finally given him his own skin. That’s right, kids, you can now play as Ninja.

I’ve dreamt of having a skin in Fortnite since I started playing the game. Today, my dream becomes reality. Get the Ninja Fortnite Skin in the Epic store Thursday 6 p.m. CST-Sunday 7 p.m. Don’t forget to use code NINJA! #NinjaSkin #EpicPartner pic.twitter.com/xTn9UlbkGI

According to Tyler Blevins’ (@Ninja) tweet, the #NinjaSkin will be available for purchase on Thursday 6 p.m. CST-Sunday 7 p.m. It appears this will be the first of many skins in Epic Games’ new ‘ICON Series’, which I can only imagine means we will have other famous streamers making an appearance soon.

The Ninja Skin features a bunch of details any Ninja fan would be able to spot from a mile away. Starting from the top down, you have his blue hair. He has changed this through the last few years but seems to always fall back on blue. Then, of course, you have the Ninja headband. Traditionally, Tyler would don a headband whenever he was on a winning streak in Fortnite, so of course, the #NinjaSkin needs to have one. Lastly, there is the Ninja logo found on the shoulder sleeve of the skin. Outside of those features, there is also a blue-themed outfit, which comes as no surprise since it’s within the color theme of Ninja’s brand.

I have been a Fortnite streamer for a while now, so I feel like I have a good grasp on how the item shop works in-game. I would almost bet that this skin will have color changes coming soon, if not already available from the beginning. Epic Games has done a very smart move where they will upgrade skins randomly even after you purchase them, which further cements your influence in purchasing, as well as motivate others to buy-in at a later date.

Ninja has continued to pave the way for professional gamers trying to make it in this crazy industry. He led the transition from Twitch to Mixer, causing a major shake-up in the streaming world, which resulted in all major platforms to re-think their talent. He’s partnered with huge brands, like Red Bull and adidas, and now the game that really blew him up, Fortnite. He’s written a book: Get Good: My Ultimate Guide to Gaming. There’s really nothing Tyler Blevins can’t do and he continues to prove it year after year.

Will you be buying the #NinjaSkin when it drops this week? Use my creator code in the item shop if you do and help support this small streamer: ‘JOESDAILY-TV‘.

Disclaimer: Using my Epic Creator Code will result in me making a little bit of money. As an Epic Partner, I must disclose this, so here you go. Cheers!