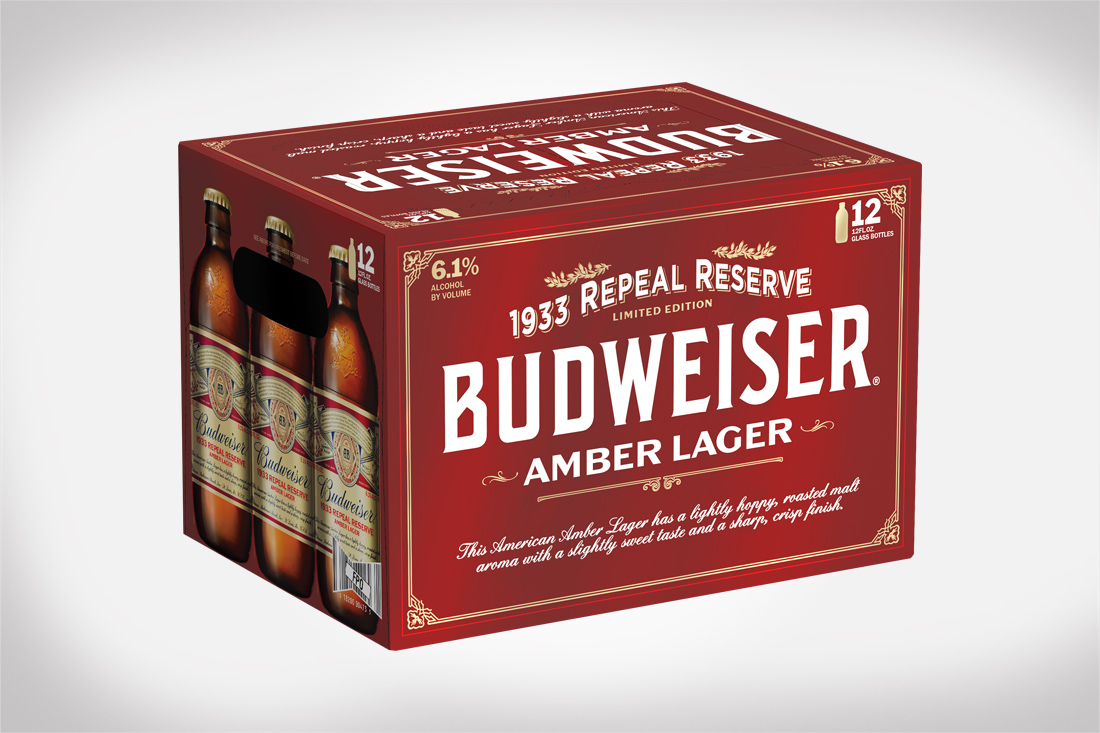 An Anheuser-Busch Recipe Once Halted by Prohibition is Back!

Back in the pre-Prohibition era, Adolphus Busch brewed a special Amber Lager for his local community and friends to enjoy. Unfortunately, due to the Prohibition in 1920, the beer never had a chance to be distributed outside of St. Louis. That is, until today.

Budweiser has released the 1933 Repeal Reserve Amber Lager, a limited edition brew recipe that celebrates the Repeal of Prohibition.

“We are excited to mark the upcoming holiday season and the anniversary of the repeal of Prohibition with this new brew based on a forgotten recipe. While Budweiser Repeal Reserve is a great tasting Amber Lager, it also tells the story of an important part of our history and gives reason for celebration.” So what exactly does repeal smell and taste like? Think of a rich caramel-malt taste with a light, hoppy aroma, packaged authentically in a vintage Budweiser stubby bottle. And if that wasn’t enough, the Repeal Reserve further pays homage by increasing the ABV from original Budweiser–6.1% vs. 5%.