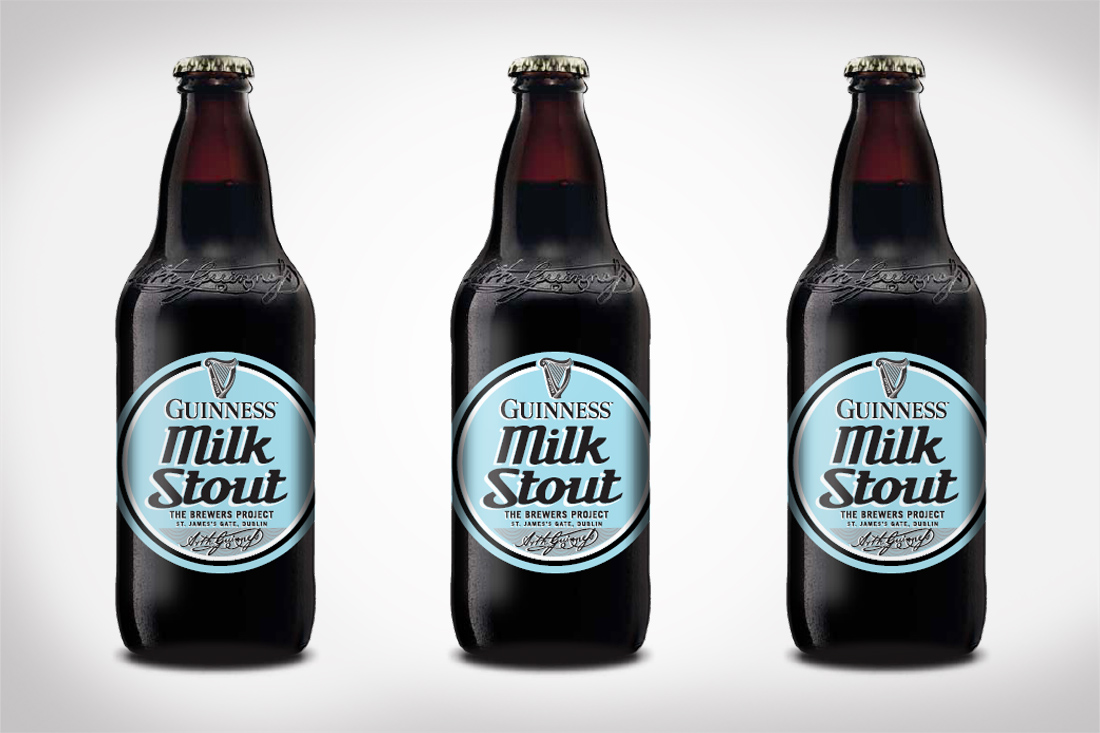 Guinness Milk Stout Beer, the Latest From The Brewers Project

Guinness has unveiled a whole new take on stouts.

Guinness Milk Stout is a full-bodied stout beer with a thick and creamy mouthfeel, with aromas of rich coffee, milk chocolate and roasted malt. While the roasted barley remains the same from Guinness Draught’s recipe, it’s the bittering of the hops that gives Guinness Milk Stout its unique flavor profile. The beer is then balanced out by the sweetness from the milk sugars added to the kettle.

This new unique beer will be available this spring in The Brewers Project Pack along with its fellow newcomer, Guinness Rye Pale Ale and Guinness Golden Ale (previously only available in the UK and Ireland).

Find Guinness Milk Stout on shelves nationwide in The Brewers Project Pack through March 2017, with a suggested retail price of $21.99.