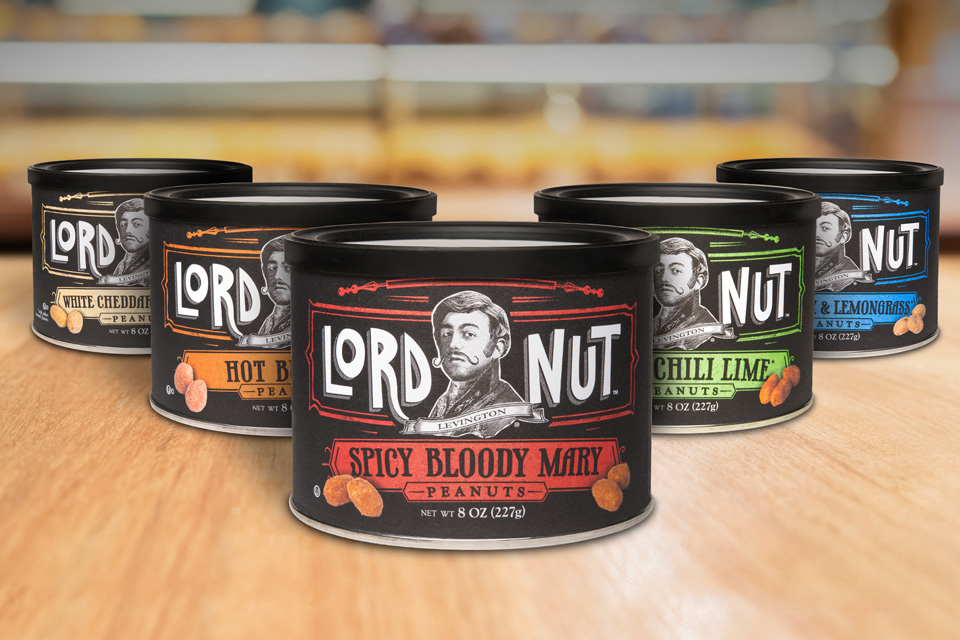 Peanuts are a great snack food. Not only do they keep well, they help spruce up dishes, make creamy peanut butter, and will tide you over on a short flight. Lord Nut Levington has taken the snack food to a whole new level with five savory and unexpected flavor blends that will keep you coming back for more.

Former Shark Tank contestant and Texas-based British transplant, Sanjiv Patel is the creator of this bold product making taste buds salivate. Since thinking up the idea of a better tasting peanut option in 2011, Lord Nut can now be found in major retailers such as Target, Central Market and Specs. The idea behind Lord Nut’s clever branding is a nod to Sanjiv’s British upbringing and shares a few fictional anecdotes of the face of the brand and his outrageous personality. Check out Lord Nut’s Facebook page to see what I mean.

I’ve had the pleasure of tasting all five flavors and can tell you, I am absolutely hooked. The flavors include: Spicy Bloody Mary, White Cheddar and Jalapeño, Hot Buffalo, Zesty Chile Lime, and Thai Curry and Lemongrass. The only way for you to absolutely get a favorite pick from me is if you had a gun to my head and demanded it. They’re all just too good to pick one. What surprises you the most when testing them is how accurate they are to their name. For example, the Spicy Bloody Mary actually tastes like you just took a sip of a bloody mary. The only thing missing is the vodka!

To learn more about the brand, and to really get to know who Lord Nut Levington is, visit WhoIsLordNut.com.