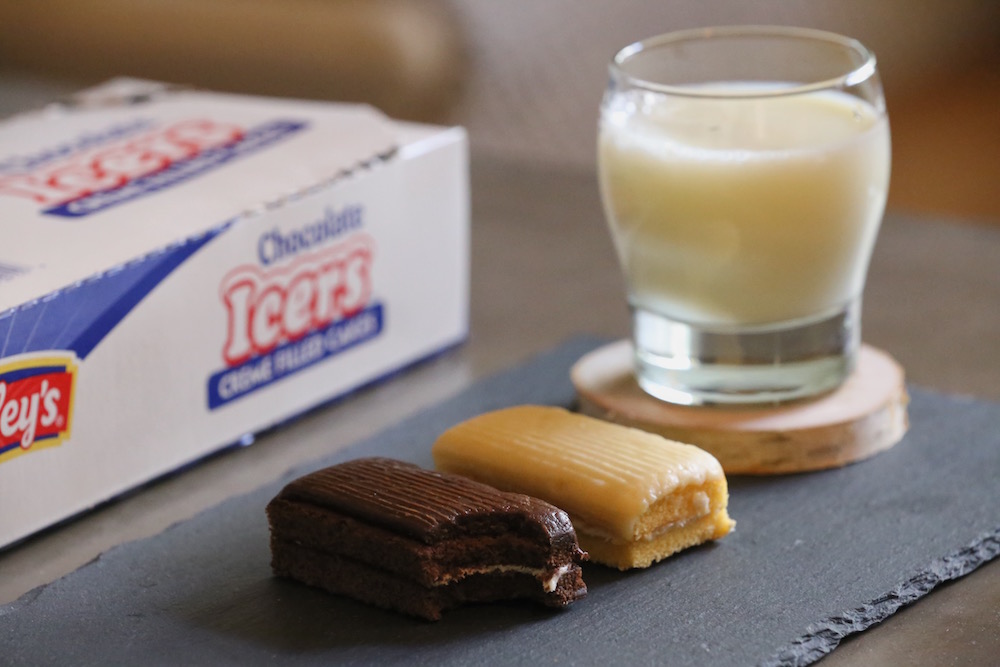 Mrs. Freshley’s is Bringing Back My Childhood by Way of Vanilla and Chocolate Icers

This post brought to you by Mrs. Freshley’s®. The content and opinions expressed below are that of Joe’s Daily.

Mrs. Freshley’s has been creating delicious treats since 1994, and I’ve been happily snacking on them since then. Their latest snack innovation is Mrs Freshley’s Icers, a deliciously frosted, cream-filled cake in Vanilla or Chocolate. For over 20 years Mrs. Freshley’s has put smiles on their costumers faces with their 50 different pastry and snack cake options. It should come at no surprise Icers will be a hit. Growing up my mom use to pack Mrs. Freshley’s products in my school lunch. If we happen to be all out of them in our house, I would buy a pack of their Chocolate Cupcakes from the vending machine. Either way I found a way to get my snack-on at school; with milk of course. To help battle my Monday Blues I decided to taste test both the Vanilla and Chocolate Icers. Usually when there is a vanilla or chocolate option, I tend to lean toward the chocolate flavor. However, I can happily say I liked both equally. Mrs. Freshley’s Icers come in a pack of three cakes. Each cake as moist as the last. The cake to frosting to cream filling ratio is perfect. Sometimes snack cakes have a little too much frosting or too much filling, but I found Icers got it just right.

You can find Mrs. Freshley’s Icers in chocolate and vanilla, at your local convenience store, food retailer and vending machines.

The @MrsFreshleys Twitter account will ask consumers to tell them what put the icing on the cake for them that day using the hashtag #MrsFreshleysIcers. Winners will be chosen randomly to win a free product coupon.