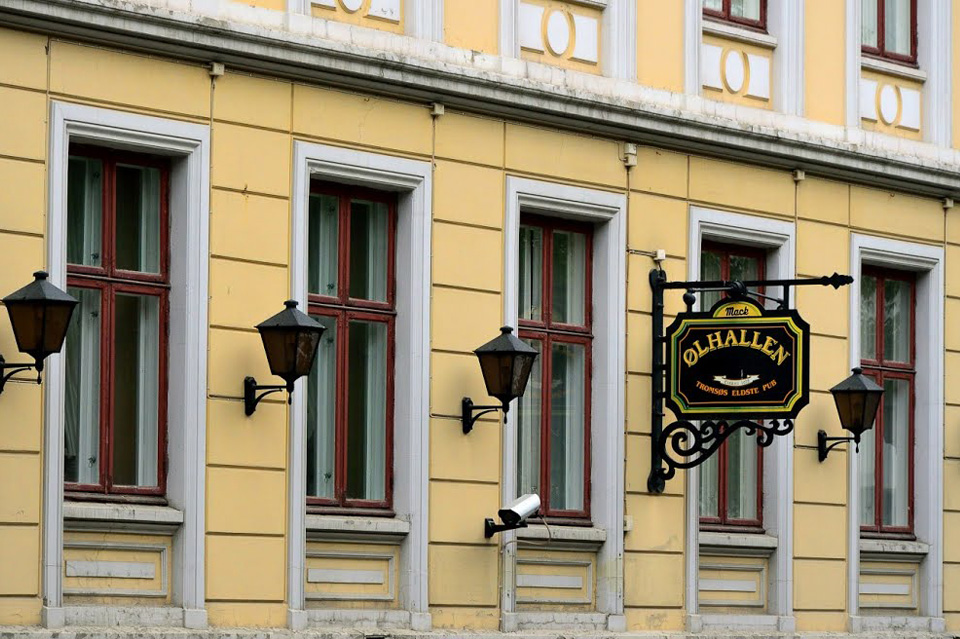 Polar Beers And Polar Bears at Ølhallen, The Oldest Pub in Arctic Norway

In our Arctic travels, we discovered the Ølhallen Pub in Tromsø. It is the oldest pub in Arctic Norway.  Opened in 1928, and home of Mack Bryggeri, the most northerly beer brewery in the world, patrons drank Mack Beer, from 10am to 6pm — unusual hours — but the the same it always had since its opening.

For years, Olhallen was for men only,  where the patrons chose from a vast Mack beer and ale selection on a blackboard – choices ranged from a regular Gullmack Pilsner, to a heavier Håkon, to a the dark, malty Bayer, or a Blanding beer: two parts dark Bayer and one part light Pilsner. And many more. Henry Rudi, the “Polar Bear King,” donated one of his polar bars to the pub

One of Ølhallen’s most famous habitués was Henry Rudi, the “Polar Bear King,” who killed more than 700 polar bears during his hunting life. He donated one of his bears to Olhallen — and it still stands in the corner, looking vicious and elderly at the same time. For years, hunters and trappers first stop was at Tromo’s Ølhallen, after months on the Arctic Ocean.

In 1972, when the University of Tromso opened, women marched into this traditional male territory.  When the staff realized that, even in the Arctic, times were a changin’ –  women’s bathrooms were installed. So, at present, 217 miles north of the Arctic Circle, there is now room for women, Polar Beers and Polar Bears.