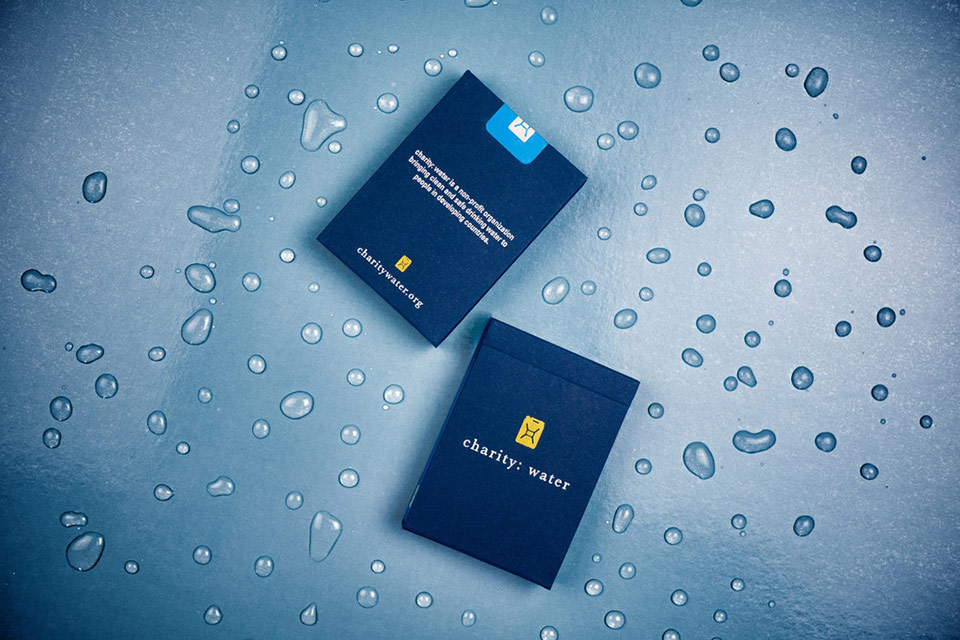 We’ve covered charity: water before back when Justin Boreta of The Glitch Mob teamed up with SOMA Water. Now the popular magic gear site Theory11 is collaborating with a limited edition deck of playing cards. 100% of the proceeds from each deck sold at Theory11 will go directly to charity: water and further grow their organization. In addition to receiving a quality deck of playing cards, you’re helping end the World’s water crisis. charity: water has already supplied over 4,100,000 people in 22 countries with clean drinking water. Let’s help them double that number.

Pick up a pack or two of charity: water playing cards over at Theory11 for $5 USD.