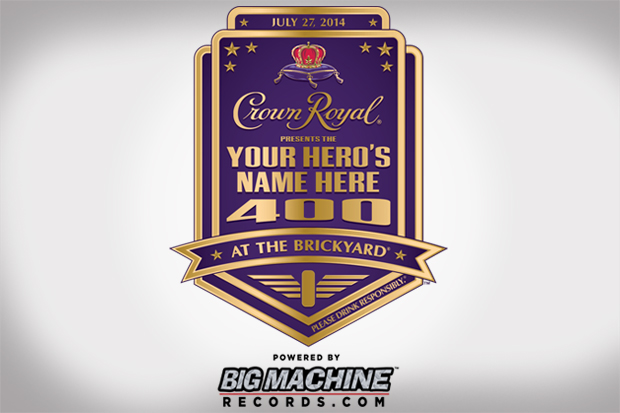 For the eighth year in a row, Crown Royal launches their “Your Hero’s Name Here” program to honor an American hero by renaming one of NASCAR’s biggest races, the Brickyard 400. You might remember last year when we got to meet U.S Gunnery Sergeant Samuel Deeds, who was chosen as the namesake of the race. The program kicks-off this weekend with the help of Phoenix-based charity, Packages From Home, a place dedicated to sending special care packages to active-duty troops overseas. Crown Royal will be treating 20 local heroes from Luke Air Force Base to a VIP experience at this weekend’s NASCAR race. In addition, two of the heroes will be chosen as the inaugural program nominees and have the chance to have the Brickyard 400 named after them.

You can visit CrownRoyalHeroes.com to nominate your own hero. Nominations will be accepted through April 13th, with finalists being announced at the end of April.