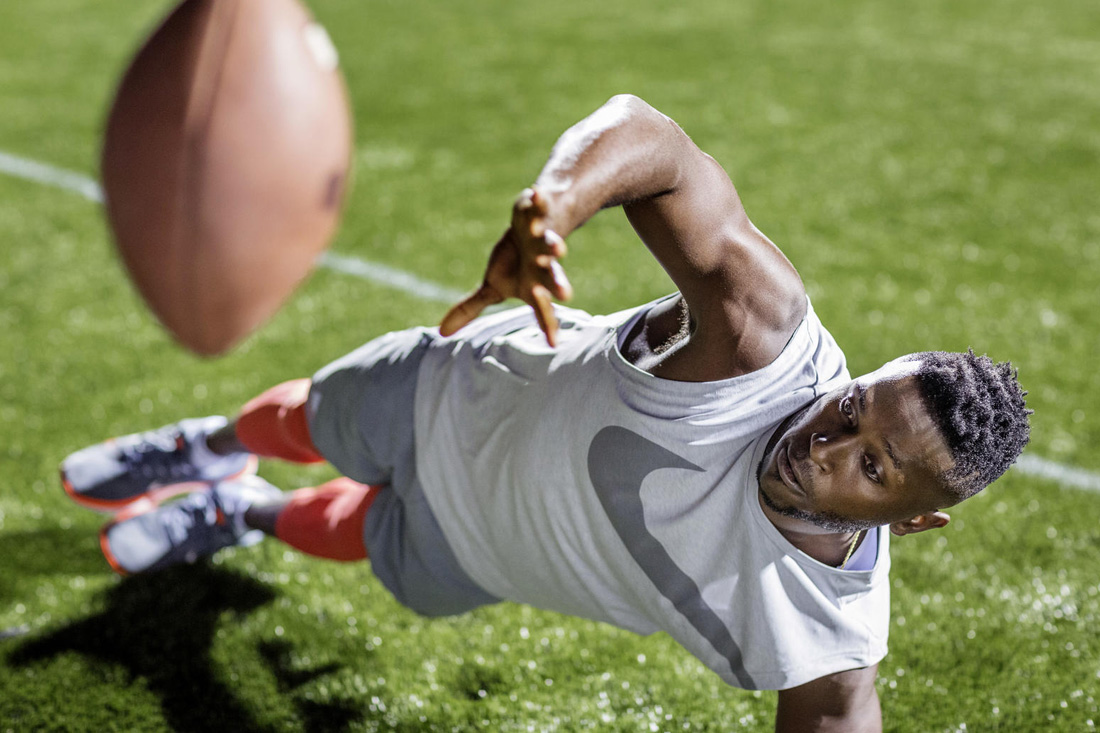 NFL players have insane fitness regimens to help keep them in tip-top-shape. The only thing more insane might be their trainers. Take long time Pittsburgh Steelers wide receiver, Antonio Brown, who’s trainer, Cara Troutman-Enseki, has him doing the out-of-the-box core exercise you see below.

Brown met Troutman back in January 2016 after getting a concussion, and has been training with her up to five times a week ever since. To help strengthen his core, she came up with the idea of having Brown hold a side-plank, while catching footballs with his top hand. In the video above, you’ll see Brown catch 53 consecutive footballs in 60 seconds.

She has him do three sets of 15 reps per side once a week. “This allows us to work on destabilizing his core for up to five minutes,” says Troutman.